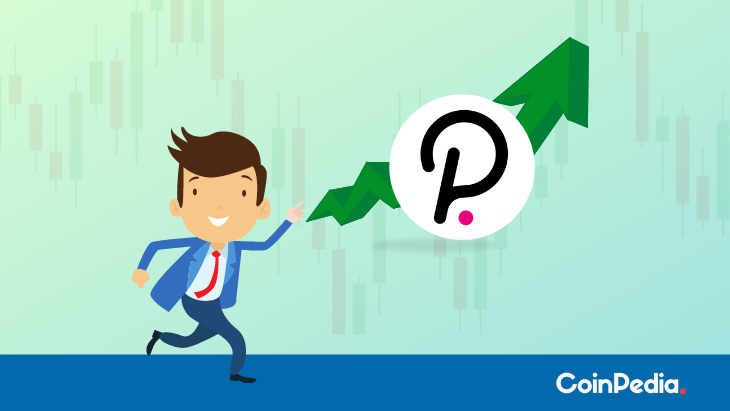 The crypto industry is witnessing impressive buzz lately, with several announcements, updates, adoptions, and bullish scenarios all around. Meanwhile, Polkadot is one of the growing networks with a strong underlying protocol backing the network.

Polkadot has been known for its platform and its much anticipated parachain auctions. Which is right around the corner, initiating from the 11th of November 2021. An Analyst pens his bullish expectations from DOT price. Which not one, but many in the space are hopeful of.

Polkadot Has Got Its Back With Its Parachains!

The parachain auctions have been of utmost importance for the Polkadot ecosystem. The auctions which were earlier held with its canary network Kusama. Has helped the network garner presence across institutional investors and other platforms. Traders are keen on crowd loans, which hold immense potential for higher returns. CoinPedia had previously reported the top crowd loans to look out for.

Meanwhile, Polkadot confirms that its first parachain is added, which is the Shell parachain. Shell according to Polkadot, has extremely limited functionality. It only accepts messages from the relay chain to upgrade itself. In addition, substantial sources suggest the main metrics of rewards that one can earn from the crowd loan campaign.

Is Polkadot Price Gearing Up?

The parachain auctions are of utmost importance to the network and to the investors. As these hold the potential to turntables in the network’s favor. On the flip side, the coin could remain range-bound in levels between $50 and the current ATH. If it loses out on steam while on a run towards higher highs.

Polkadot’s Price Could Surge 100% Following the Auctions! Check Out the Entry Zones!

Ethereum Price is All Set to Surge Beyond $5000! Why Polygon Would Be a Threat?

Breakfree Trading Navigator Review [2022] – Is It Legit & Safe To Use?