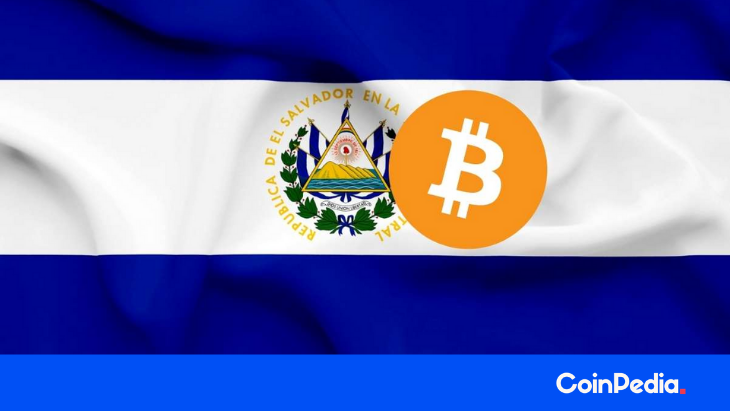 El Salvador has proven to be a pro-crypto country by being the first country to adopt Bitcoin as a legal tender. The question now is, is the country open to various altcoins as well? If so, which altcoin will it choose next.

Recently, the founder of Cardano Charles Hoskinson has expressed his interest in bringing Cardano to El Salvador.  He says he’s asked for a state visit to El Salvador to discuss the potential of Cardano and the Central American country building ties.

He went on to say that the meeting’s major topic would be all documents and specifics about the benefits of the Cardano blockchain. The president and regulatory authorities of the Central American country, however, have the last say on whether or not to comply.

The Cardano community’s leading members want to send a message to the people of El Salvador. The message emphasizes the fact that blockchain technology is far more valuable than Bitcoin, and Cardano has the ability to provide more freedom and better development possibilities,

Cardano, according to the stake pool operators, could also allow for the issue of a stable coin, allowing locals to experience independence. President Bukele, on the other hand, appears to be a major supporter of the Bitcoin market, as he has suspended IMF and World Bank reservations.

Is President Bukele affirmative to other altcoins?

Bitcoin does not have the necessary innovations to be beneficial for future programming or software deployment efforts. However, it serves as a placeholder as the world’s most popular cryptocurrency. President Bukele indicated in a YouTube Channel interview that recognizing Bitcoin as legal tender alongside the US dollar would be a major challenge.

Other cryptocurrency projects are lining up to be the next to be approved as legal tender. However, the country would be unable to manage ten or more legal tenders at the same time. Altcoin projects are also welcome to work in the region, however, in terms of legal tender adoption, Bitcoin remains the country’s top pick at the moment. The president said.

In El Salvador Bitcoin Has legal Right, Tax From Capital Gains for Bitcoin

Cardano Price Should Breach This Level to Maintain a Bull Rally

‘Be Patient- Bitcoin Price To Recover’ Says A Popular Analyst

The global market capitalization for the past couple of days is experiencing an extreme drain. Most of teh crypto assets are registering a consecutive 5 red daily candles in a row. The huge selling pressure accumulated on the Bitcoin price has compelled it to bottom below $38,000. By trending very close to the support levels around $37,000, the fear of BTC price revisiting levels around $34,000 hovers.

Despite the bearish sentiments surrounds the assets, yet it is believed that the price will recover very soon. A popular analyst Alan Santana, suggests his followers to patiently wait until the price flips the bears. He also said that some people are already giving up Bitcoin, falling into the trap of ‘Panic Selling’. And also asked his followers not to join them, rather wait until the next pump.

Also Read: Dogecoin Price Feared To Continue With A Bearish Trend, Is $0.2 At Stake?

The price seems to be following the path led by the analyst as it bounced significantly on visiting the support zone at $37,978. With a significant bounce, the price could surge close to $40,000 or above. However, yet the chances of forming lower lows still hover the rally. And in such a case, the price could even visit the lower support at $35,700 and rebound.

However, $35,700 are among the strong support levels and if in case, the Bitcoin price fails to sustain, then a plunge below $34,000 may be imminent. But considering the indicators, the RSI has already bounced back and MACD showcases ease in the selling volume. And hence considering the factors a bounce above $40,000 may be on the way for BTC price.

Popular Analyst predicts Bitcoin Price to crash 49%! This level is crucial to break above

Is torbits.top Scam or Not?

Is crypto-guild.ltd Scam or Not?