Welcome to Cat Season: The Rise of The Feline Meme Coin
Advertisement 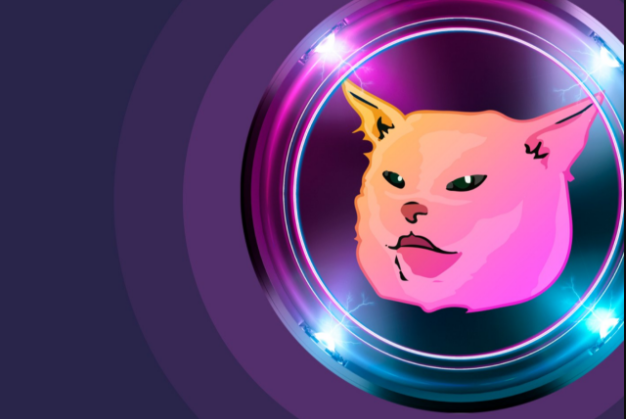 Dog-themed meme-coins may have had their moment – as it’s officially cat season, according to crypto insiders.

This past couple of weeks has seen the rapid rise of several cat coins like $CATE, $DINGER, and $PUSSY (who were among the top gainers as listed by Ethereum Daily and Crypto Rank). And it appears that even the most loyal devotees of Doge, Shiba Inu, and their canine cousins are clawing to get their paws on the next feline contender.

Often dismissed as ‘shit coins’ by pockets of the crypto world due to the notoriously transient, jokey, boom-and-bust nature popularized by the ‘big players’ of crypto, it’s safe to say that meme-coins have been underestimated.

But a new crop of meme-coins is emerging. And while they still appeal to Gen Z internet culture, for some – there’s nothing laughable about their well-considered strategies, long-term prospects, powerful technology, and thriving communities.

One such new player is Pussy.Financial (PF), whose token $PUSSY is a refreshing antidote to the canine-centric coins typical in the space. PF’s primary purpose is to have fun. They do not pretend to have some futuristic and novel way of affecting blockchains, nor do they claim that their project will end some crisis in the world.

Instead, the focus is firmly, and unshakably, on their community. Creating a space where people can fulfill their need for a sense of connection and where the community voice is truly listened to.

“While meme tokens are popping up everywhere, all looking or behaving quite similar to one another – we own the fact that we are different and have created a genuine community from the ground up.”

“PF has a strong roadmap, a clear vision, and we want to have a real impact and go the distance.”

“The products we have been building aim to provide our community a way to enjoy themselves, learn about crypto, and put their $PUSSY to work.”, said Pussy CTO, Harley Palmer, better known to the community as HP.

Such products include a Farm V2, a Charity dApp, and upcoming NFT’s. The token has also proven its community-first mantra by appointing its own Community Advisory Board (CAB) to help shape the future of the project.

Of course, not all meme-coins are created equal, and there is certainly no shortage with over 5000 meme-coins out there. But time is required to sift through and do due diligence (beyond thinking the meme is cute or funny).

Most of them are not set up for longevity or backed up with technology and strategy the way PF is. Still, there’s money to be made from the exceptions, according to Sam Bankman-Fried, head of the FTX cryptocurrency derivatives exchange.

During times like the past few months where not a lot of positivity has been had in the crypto space, meme token projects offer a place to relax and enjoy being involved in such an incredible ecosystem that is the crypto world.

Remember, even Maslow’s hierarchy of needs points out that we all need love and belonging, try to find that in Ethereum!

DOGE Reclaims Its Market Cap Ranking From Shib! The Rise of Meme Season?

Are Meme Coins Under the Control of the Wolves This Meme Season?

Is It Time To Start Taking Meme Cryptocurrencies Seriously?

VeChain Price Is on a War footing Momentum to Surge 10x in This Cycle!