Connect with us
Again, team Xycinews have gotten for you a fully research article about the world most secured deadly armored vechicles.
Some of these vehicles are used to protect the world most powerful persons, you surely would love it.

BEWARE: THEIR ARE LOT OF SECURED ARMORED VECHICLES, BUT THIS IS OUR TOP5.

The Lexus LS series translated In Japanese as (レクサ) is a model luxury car. The LS name standing for Luxury Sedan.
This Vechicle has plenty of armor in it overall design. It has an automatic transmission and automatic parking feature, it also got 389 horse power engine making it so fast, and not only is it fast, it is also very very heavy.
It could withstand all bullets and grenades blast. It look makes it hard for onlookers to suspect it made of such armor.
Since the start of the Lexus LS series production, it has been manufactured in the Japanese city of Tahara, Aichi.
If you desire to have it,  It worth about $300,000.
4.
Top4 most deadly armored Vechicle: BMW 750 Like Sedan. 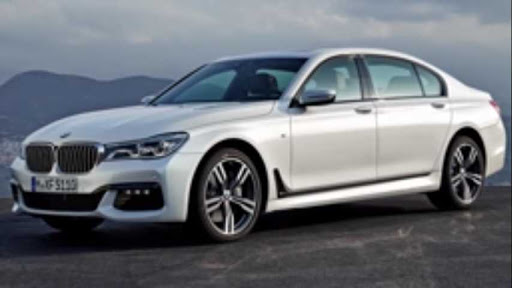 The BMW 750 li Sedan was created by the International Armoring Cooperation. They were able to convert an ordinary BMW into an armoring vehicle.
It has a V8 400 horse power engine making it escape from danger scene in a swift. Cutting down on cost, only the internal setting are fully and intensively designed.
It has the full ability of driving on any type of road. It’s fuel tank, battery, radiator and tyres are all armored, preventing any type of explosion.
Driving this Vechicle cost about $340,000.
ALSO READ ABOUT THE: Top5 Most Isolated and Uncivilized Tribes.
3.
Top3 most deadly armored Vechicle: Cadillac One “The Beast”. 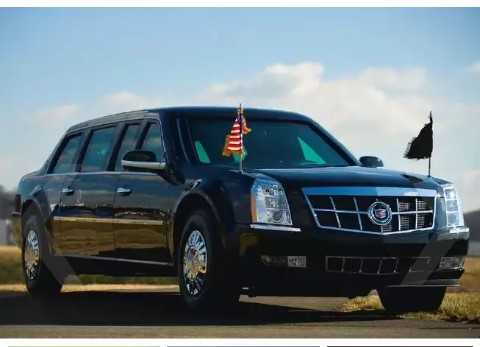 Cadillac One “The Beast” is code named “StageCoach” by the Secret Service.
This is the only car used to transport the President of the United States of America. It is the most iconic armored car worldwide made according to the United States Secret Service Standards. It entirely made for defense and offense. Example, it fuel tank is protected by fire resistant materials, It has it own oxygen supply, a large space for storing weapons, the President blood type among many other things.
The armor is made from aluminum and titanium which is so heavy like the door of a large air cargo, making it difficult to open the door from outside.
It also has it private communication system in case the President is in danger.
It is extremely expensive at $1.5 million.
2.
Top2 most deadly armored Vechicle: T-98 Kombat 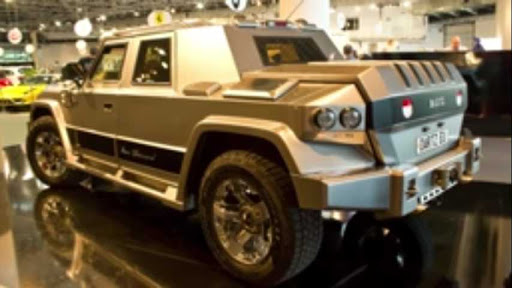 The Kombat abbreviated for “komandir batal’yona” is built by Kombat armoring under Laura Group in St. Peters-burg, Russia.
With its 380 horse power V8, the T-98 accelerate up to 180km/hr.
With great features as 8.1 liter Vortex Engine, Allison transmission and GM heavy duty suspension, the T-98 stands as the giant of modern armored vechicles.
More of its features includes the “metal-ceramic sandwich with cellular filler” technology armored body,  satellite navigation, a flat-screen television which can play DVD, climate control, and an interior containing a mix of leather and wood. 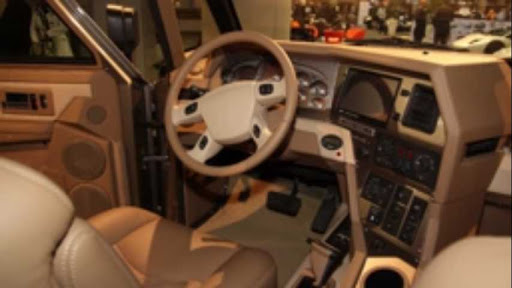 This Vechicle can also resists all bullets up to 12.7mm and explosives.
1.

Top most deadly armored Vechicle: 2018 Grand Cherokee Trackhuwk.
The 2018 Grand Cherokee Truckhawk jeep is also called the world’s most powerful SUV.
Now let examine the full features and performance of this giant truckhawk.
This 707 horsepower supercharged V8 from the Dodge Challenger and Charger Hellcats holds the honor of being the first truck to have the 6.2-liter supercharged motor with an all-wheel-drive system, which has been strengthened to handle its 645 lb-ft of brute force torque.
Depending on the event, this Grand Cherokee Trackhawk comes equipped with a computer-controlled, Bilstein adaptive suspension system and five performance modes which includes:
Normal,
Sport,
Track,
Snow and
Tow.
These five performance nodes tweak the ride stiffness, steering, 8-speed automatic transmission, AWD, limited-slip rear differential, and many more features.
Let take for instance, on track the stability control system sends 70 percent of the power to the rear tires and loosens up the stability and  enhances handling.
Accelerating from 0-60 mph in 3.5 seconds and covering a quarter-mile in 11.6 seconds on the way to a 180 mph top speed. With all this, the Grand Cherokee Truckhawk has made it top on our Top5 list of armored vechicles.