Them Go Flog Them Go Tire

On the 14th of March 2019, the video of a young witty girl expressing her anger for being sent home because of unpaid school fees went viral on the media world.

In the viral video, she said ‘They Go Flog Them Go Tire’. Currently, Success school fees is paid. But that is not the main gist.

The practice of sending students home due to the inability to have their school fees paid is a common practice. This could be alternated.

Some society isn’t safe, sending students home could expose them to harsh situations at such odd hours. Putting a call to the parents to ensure their ward school fees is paid is a better choice.


She revealed that she preferred to be flogged than sent home as she knows her parents will certainly pay.


Speaking to a passerby, she revealed that they could have at least flogged her rather than send her away. “No Be Say I No Pay…They Go Flog Flog Flog Them Go Tire” Sounding funny, she also said “they go flog me until the cane will tire”.

This video with over 1 million social views has emotionally touched the heart of some persons. Apart from comedian Ay taking it upon himself to have success school fees paid, so many persons has being touched.

Stop and Read This JOOMTA Review – Is Joomta.com Scam or Legit! 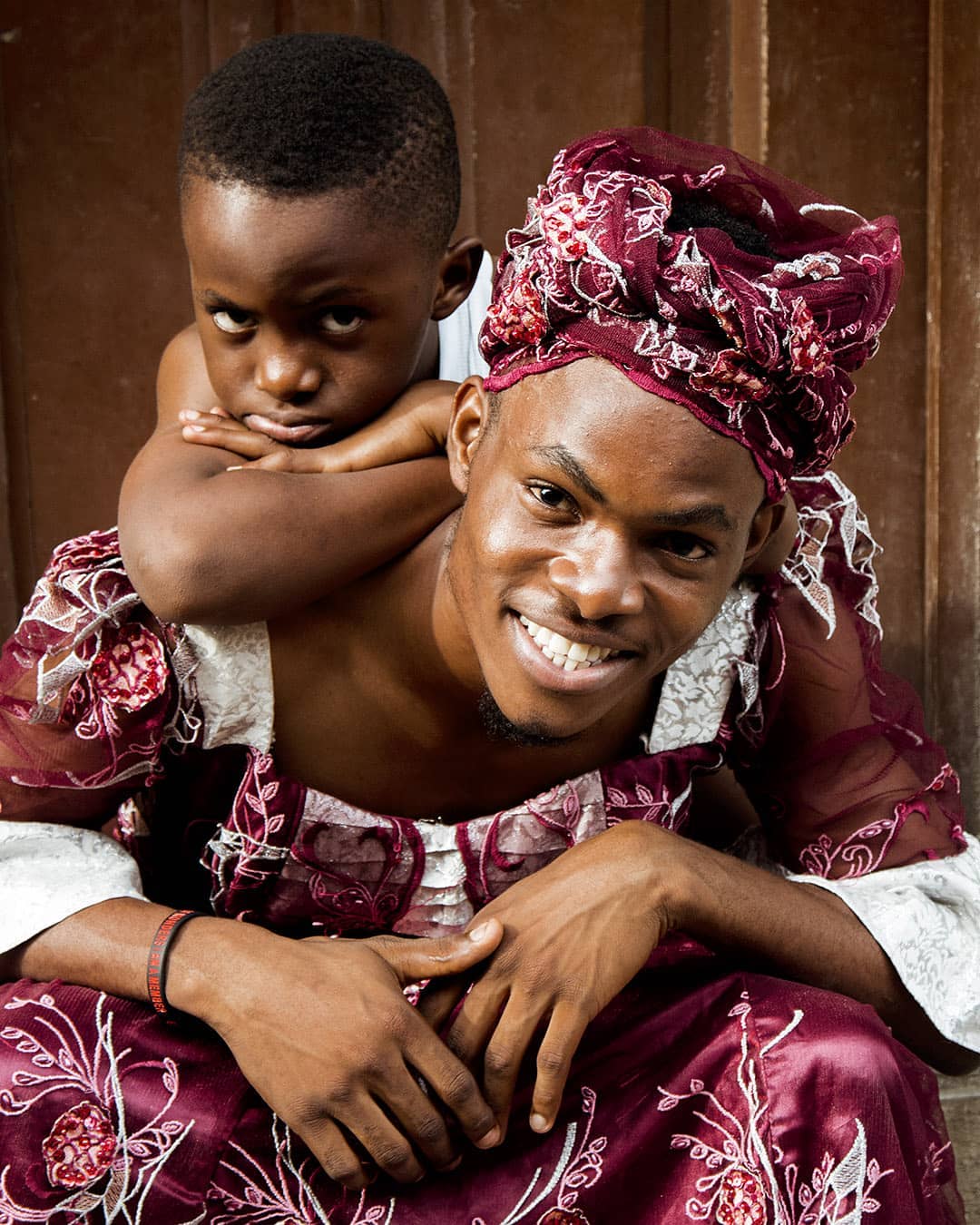 Born Akuwudike Chukwudike, popularly known as Mama Chinedu and Iamdikeh, is a comedian with over 160,000 followers on Instagram.

His comedy skits has attracted a lot of fans globally. This could be attributed to his unique dressing sense and mood of steering up the fans and his awesome use of suspence.

In mid-2016, Iamdikeh decided to try a new character and he came up with Mrs Dikeh, which is a female character. In 2017, Josh2funny featured Mama Chinedu in his TV series. That same period, Broda Shaggi did a challenge called ‘oyinbosaychallenge’.

Iamdikeh took part in the challenge and came second. Broda Shaggi promoted his page and you know, followers are very important on social media.

After the challenge, Iamdikeh came up with a new character called Mama Chinedu, which is the one I’m popularly known for. He brought in his younger brother @SpecialNedu who plays the role of Chinedu.

When Iamdikeh started comedy, his parents frowned at it; they complained that he wasn’t earning an income from it and that I should get something better to do.

Iamdikeh had to work at Mandillas – popular market on Lagos Island; they forced his to work there because they felt he was doing something that wasn’t bringing any benefit. Iamdikeh says he remember telling them that his comedy was definitely going to pay off eventually.

Now, they are in support of it. But they were shocked; nobody ever saw it coming, they didn’t believe he could also act. He decided to use @specialnedu for a particular skit and it went viral. People fell in love with the concept and asked for more of it. That was how Chinedu came into the picture.

Iamdikeh started comedy in 2016 with a friend. They started by doing skits with a character called ‘Papa Boyo’. When he started, he was just doing it for fun.

His friends later encouraged me to take it serious. He had no phone to shoot (the skits) at the time but his friend had a phone, so they used his phone to shoot and he edited the videos.

Iamdikeh was inspired by other social media comedians such as Josh2funny and Crazeclown. Anytime he watched their skits, he always wished to be like them and do the same thing they did. So he started doing skits and posting them on social media.

Iamdikeh on how he grew his fans

At the beginning, all I did was to follow people and they followed back. If anyone followed me, I would also follow back. I started this way because people hadn’t really recognised the brand yet. Gradually, the number of my followers began to increase when brands like Tunde Ednut, KraskTV, and Funny African Pictures, that found my contents interesting, began to repost my contents.

Those platforms are really big with large followers and this made it easy for the number of my followers to increase. I became consistent with my skits and ensured that I was putting in my best. I started getting more followers.

Below is some of his expressions.

After school, I had nothing doing. Although I am a full time footballer and I play for the “Help the Talent Academy” at the national stadium, I am a professional footballer. Back then I only used to play football and make skits on the side, when my presence on social began to be noticed and I started making money, I decided to focus on my skit more but I am still footballer, once my career in football kickoffs, I am going to abandon comedy and focus on my football career.

Another important part of Iamdikeh Biography.

My skits are inspired by reality and African mothers. African mothers are the best; I grew up in an African home and was trained by a real Nigerian mother. The things our mothers do sometimes are funny. All mothers have certain things in common, so I decided to play a role everyone could connect with.

Finally on Iamdikeh biography, you can reach out to him via Instagram on @Iamdikeh The Profile EMO Grae is never strange at all, especially to Marlians. This is coming after he was officially signed into Marlian Records.

This article about EMO Grae biography has a lot about this riddem art.

Right away I would be entailing EMO Grae biography, date of birth, real age, family, education, entertainment career, net worth, social media handles, contact and everything else much more.

This article is subject to further updates.

Marlian Music is thrilled to announce the release of a New Single 0903 from its latest signed artiste Emo Grae.

The sweet boy of the Marlian family, Emo Grae brings a smooth, romantic feel through his sultry vocals. 0903 waw the first project of Emo Grae under Marlian Music, featuring the talented Buju and produced by Niphkeys.

0903 gave a unique blend of afro and alte vibes, telling us a story of how two young men were in love and played by the same girl.

Finally on EMO Grae biography, you can reach out to him via Facey on @EMO Grae Busta pop is Ghanaian Rap Artiste, with credit of winning some many rap contests in Ghana.Busta Pop was once nominated as the best lyricist @Da Hits Awards Accra Ghana.

However, Busta pop won the rap freestyle king in 2015 the Miop Awards Ghana. He has worked with big shots like sarkodie, medikal , castro de destroyer, mugeez, stone boy and manymore, busta pop is a multi talented art he’ s got the energy and the vocal abilities that any rapper can dream of.

People mistook him to be sarkodie after dropping his first single ” woman and take over” he’ s presently working with the brand and media management dj fabtune and also endorsed by FG Records now his out with this mind blowing track tittled: wat de hapun produced, mixed and mastered by dj fabz.

Sighting the present situation and bad things happening around mandkind he decided to address it with defined music and out of the abundance of his heart he spoke his mind set and made a groovy hit out of it song produced by DJ fabz.

Busta Pop came through in Wat De Hapun both in his appearance and interpretation of the song and overall delivery showing himself as leader and man of the people.