EA and Maxis announced a new Cottage Living expansion pack for The Sims 4. Releasing on July 22 for both PC and consoles, the expansion includes nature- and animal-themed interactions, plus new clothing and house designs for players to choose from. It also rings with it a new town called Henford-on-Bagley.

The Sims 4 is known for its wide variety of expansion packs that allow players to design their Sims and towns in a variety of unique ways, and the Cottage Living expansion pack seems to be no exception. The design of the expansion’s environments, clothes, and animals very much evokes the “cottagecore” aesthetic trend that has spread like wildfire on social media sites like Instagram and TikTok.

The expansion pack includes new activities for players’ Sims to participate in, including growing their own crops, which can be used for cooking, befriending animals, exploring Henford-on-Bagely, and getting to know new non-playable character Sims.

In a press release, EA and Maxis said that players’ Sims will “find a variety of new ways to connect with nature.” Players can have their Sims pick up cross-stitching, participate in a countryside picnic, or explore the nearby idyllic woods. The expansion’s trailer shows a marketplace for Sims to sell their produce and a festival where enterprising players can enter their prize crops or animals in a contest. It’s a little slice of Harvest Moon right in The Sims 4.

Players who purchase the expansion by September 2 will also receive extra freebies for their Sims, including a rideable bicycle, a gnome statue, and a decorated tree. The DLC pack will be available for $40.

Overwatch 2 limits include five players and one tank per team

8 essential items to pack for a golf holiday

Players in uproar over Elite Dangerous: Odyssey’s bugs and poor performance A mission giving NPC
Related Topics:
Up Next

Spilled water on your laptop? Here’s how to fix it

Anker’s latest smart lock lineup from its smart home brand eufy is called the eufy Security Smart Lock Touch. This awesome model is easily the most stylish option that we have come across in our many, many years of testing smart locks. Just take one look and you’ll agree. Equally as important, however, is the fact that Anker’s eufy brand values function just as much as form. This lock also happens to be among the most feature-rich models we’ve ever tested, offering four different unlock methods including our favorite… fingerprint unlock.

That’s right, you can unlock your front door in an instant with the same tech you use to unlock your smartphone!

Everyone on the BGR Deals team is a huge fan of this smart lock, but there was always one problem that kept the original model from being perfect. The good news is that eufy has solved that problem and created a lock that is as close to perfect as we’ve ever seen.

As we mentioned, we seriously love the eufy Security Smart Lock Touch. It retails for $200 (though it’s on sale right now at Amazon for just $169.99) and it is awesome. Beyond the gorgeous design and sturdy construction, this smart lock by Anker’s smart home brand eufy is also one of the most feature-rich models out there. With eufy’s Smart Lock Touch, you can unlock your door in four different ways — including our favorite by far, which allows you to unlock your door with a quick fingerprint scan. It works so quickly and it lets you unlock your door in the most natural way possible, without having to mess with keys or even your smartphone. How cool is that?!

Nearly everything about the Smart Lock Touch is great, but there was one issue we had with it: locking and unlocking it remotely requires a separate Wi-Fi bridge. Now, however, eufy has released a brand new model that finally solves this problem. Thankfully, there is now a newer version of this awesome smart lock called the eufy Security Smart Lock Touch & Wi-Fi. As the name suggests, this new model is exactly like the earlier version that we love so much in terms of both design and functionality. The only difference, of course, is that Wi-Fi is now built right into the lock itself so you don’t have to worry about buying another piece of hardware.

We have no doubt whatsoever that this lock is as close to perfection as we’ve ever seen, and it’s currently back in stock after having sold out recently — and it’s on sale with a discount. Don’t miss out! 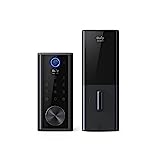 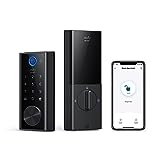 Amazon’s hottest smart home device is somehow $19.99 today, but it’s about to sell out

Microsoft has been dropping subtle hints in the weeks leading up to its June 24th event, but the big surprise might have already been spoiled. On Tuesday, purported screenshots of a Windows 11 beta appeared on the Chinese site Baidu, offering up our first look at the new user interface that Microsoft would be bringing to its popular operating system.

Within hours, the build began making the rounds, and several publications had installed Windows 11 onto their computers to give it a test run. PCWorld’s hands-on was among the most comprehensive — here are some of the most interesting revelations from their report.

According to PCWorld, installing the ISO on a Surface Pro 7+ tablet took 20 minutes or so and involved several reboots. Unlike with a fresh Windows 10 installation, Cortana didn’t start shouting at the team during the setup process to ask them about their preferences. Rather, the software seemed to be drawing upon what it already knew as Windows 11 finished installing.

Once Windows 11 has finished installing, it boots directly to the home screen, complete with a new default desktop background. The most obvious change comes in the taskbar, where the app icons — as well as the Start button — are now centered the same way they would be on a macOS or a Chrome OS device. The Start menu has received a sleek makeover as well, doing away with the Live Tiles and replacing them with a list of pinned and recommended apps.

One of the many changes that PCWorld saluted in its hands-on preview was the implementation of PowerToys’ FancyZones into every windowed app. If you hover your cursor over the “Maximize” icon on any app, you will see a feature that will allow you to align the app in a variety of configurations all over the screen. This should make it easier to organize apps on your display.

Another notable change is the addition of Widgets icon in the taskbar. The Widgets drawer appears to be a rebranded version of the News and Interests feature that hit Windows 10 earlier this year. The Widgets drawer slides in from the left side of the screen and takes over most of the display, offering updates on the weather, recent headlines, stocks, and sports scores.

Based on this hands-on report and several others that have popped up since the leak, Windows 11 is more than just a simple UI refresh, but not by much. While the taskbar and Start menu have been reworked, many of the other menus look the same as they did in Windows 10. Of course, this isn’t the final version of Windows 11, and PCWorld ran into plenty of bugs that will likely be fixed before the update rolls out to the public, but anyone who was expecting Microsoft to completely revolutionize its desktop OS might want to temper those expectations.

If you want to see the build in action, here’s a hands-on video from Windows Central:

Windows 11: Everything we know about the next big Windows update

This 17-course mega-pack can help you run Microsoft 365, Windows, and Azure like a pro
Continue Reading

When you think of AirPods, you think of yet another Apple product that redefined an industry. Apple’s desire to create an all-screen iPhone prompted it to remove the headphone jack from the iPhone 7 series in 2016. That’s when Apple announced the first-gen AirPods, which were one of the “fixes” Apple proposed to iPhone buyers for dealing with the absence of the 3.5mm audio port. The AirPods became instant best-sellers when they launched, forcing all of Apple’s rivals to follow Apple’s lead and come up with AirPods alternatives.

Apple upgraded the AirPods with a second-gen model that got better internals and wireless charging and then released the AirPods Pro, which featured a new design and active noise cancelation support. Apple is expected to upgrade the AirPods and AirPods Pro further this year, with several rumors already detailing the expected design and feature changes. While the AirPods’ main purpose will remain to deliver audio wirelessly from nearby devices, an Apple exec seemed to confirm that the earphones might be getting an awesome hidden feature.

Apple announced a few novel AirPods features at WWDC 2021 that will be available soon, including Dolby Atmos support, spatial audio for FaceTime conversations, and better Find My support. But Apple didn’t say anything about health-related features it is considering for the wireless earphones.

Reports in previous months did indicate that Apple has been looking at adding health monitoring features to the AirPods. Well-known Ming-Chi Kuo and Bloomberg’s Mark Gurman have made such claims in previous research notes and reports, respectively. Gurman’s latest update on the AirPods Pro 2 claimed that they’d include “updated motion sensors with a focus on fitness tracking.”

Apple’s vice president of technology, Kevin Lynch, who routinely hosts Apple Watch segments during Apple’s events, spoke with TechCrunch about Apple’s increased interest in health and how the company got there with the help of the Apple Watch.

Towards the end of the interview, after going through the Watch’s early days at monitoring health and explaining the more recent walking steadiness feature that will be available when iOS 15 and watchOS 8 rollout, Lynch had this to say about sensor fusion and whether AirPods will be used in that approach to gathering health data:

“We already do sensor fusion across some devices today, and I think there’s all kinds of potential here.”

Lynch did not outright say that AirPods will collect health data points that could be used to tweak health parameters monitoring, but his answer came in response to a question about the wireless earphones. Walking steadiness relies on Apple Watch and iPhone data, but it could also harness data points from AirPods in the future. This is what sensor fusion refers to, using multiple sensors on different devices to monitor health parameters.

New job listing hints that Apple might be getting into cryptocurrency

Overview of ‘The Security Token Report’, 2021