The History of Pianos
Advertisement 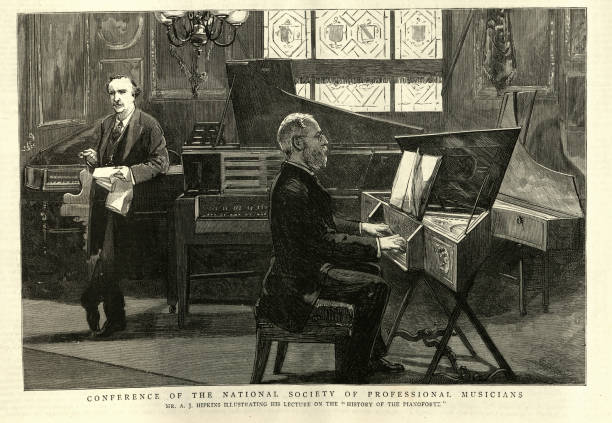 Beginner and advanced piano players who want to connect deeply with this instrument will want to know the history of this beautiful musical instrument. This applies the most to  Singapore residents who are interested in learning how to play this instrument at the piano studio in Singapore because it enables them to appreciate how far this magical instrument has come from.

This is an acoustic, stringed instrument that produces sound when the strings get hit by hammers. The hammers are activated when the player presses the keys that are situated on the keyboard. The volume of sound goes up when more pressure is applied to the keyboard hammers. However, this was not like that, as changes were incorporated along the way.

Piano history is believed to date back to the Middle Ages when hammers dulcimers started being played in Europe. However, musical enthusiasts wanted something uniquely different that has a keyboard as a key part. Many amazing attempts were made to achieve this, and in the process, Clavichord, an instrument that has strings and which is struck by tangents, as well as the harpsichord, which has got strings that are plucked using raven quills were invented and became amazingly popular.

Although the innovations were great, they were not as impressive as expected, so the users felt like something needed to be done. The harpsichord couldn’t provide a way of controlling the variables that included the volume at which a player could perform. The sounds of this instrument were also very delicate and were always overpowered by that of other instruments.

There was a need to have more control over the piano volume, and that is when Bartolomeo Cristofori, a resident of  Padua in  Italy came in to offer a  solution. He was a harpsichord builder and had been hired by the Grand Prince of Tuscany to be the keeper of their instruments.

The year the piano was made cannot be identified precisely, but it’s believed that it had had the prince family by around 1700.

The Cristofori pianos existed from as early as the 1720s, but the appearance and the sound are different from the pianos that we know today. It had the name pianoforte.

However, the original piano that was invested by Cristofori could be played normally and was very strong. It was not until 1972 when the word piano started being used, and this was the shortened version of the pianoforte. There was massive interest in piano and took more than 50 years before it started taking effect.

The popularity of the piano throughout Europe

Almost at the end of the 18th century, the piano became more popular in Europe, and every country that made one had its signature. Those from England were louder and had a heavier mechanism, while hose from Austria was lighter and had a softer sound.

Different pianos have a varying number of keys on the keyboard, and the most common number is 88, which consists of 36 black keys and 52 white keys. But for the older pianos, their keys were somewhat smaller and had only 85 keys.

With this training, you can learn to play the piano, guitar, and ukulele for under $30

Have you always wanted to play the piano? This $20 training teaches you how

Best Dress Ideas for This Summer

Why we lose muscle when we grow older