PocketDrum puts a virtual drum kit in your hands. It’s even on sale at a pre-Black Friday price
Advertisement 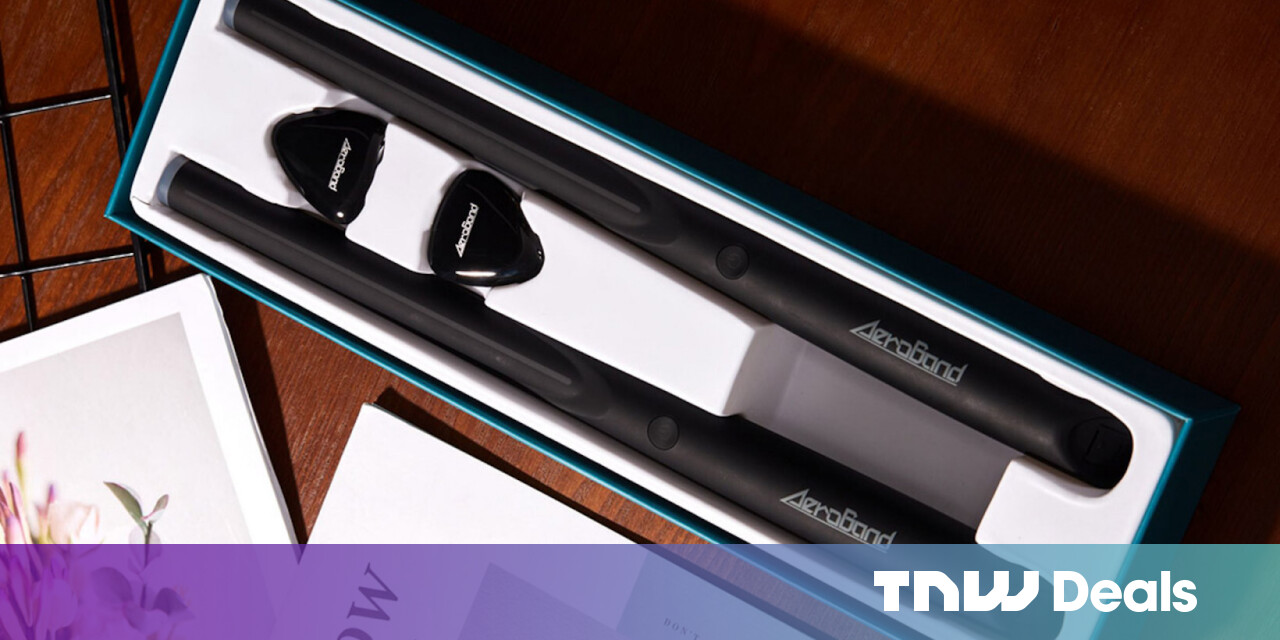 TLDR: These app-enabled smart drumsticks are like having a massive drum set in front of you whenever you want to play.

I can’t wait until my child grows up to become a drummer…said no parent ever. Look, no parent ever wants to squash the dreams of their kid. However, self-preservation does play a factor in how those dreams manifest. Even if a kid is musically inclined and ready to start playing instruments, no Mom or Dad is ever going to instinctively go for getting them a big, bulky, expensive drum kit without some serious arm-twisting. And that doesn’t even take into account the noise. Oh, Lord…the noise.

Yet…drummers gotta drum. They feel it. It’s palpable. That’s why Aeroband’s PocketDrum ($101.11 after code SAVE15NOV from TNW Deals) might just be one of the greatest creations in the history of parent-dom. And music-dom. And probably a handful of other doms as well.

Successfully funded by Indiegogo fans, the PocketDrum is a pair of app-enabled drumsticks that let drummers of virtually any skill level get their bash on, driving the beat almost anytime, anywhere, even in places where drums are incredibly unwelcome.

These smart-sticks connect via Bluetooth to your favorite portable device. Light as a feather and so convenient they can be stashed in your pocket, the PocketDrum syncs to the AeroBand app, allowing players to lay down a beat without the virtue of a drum kit…or even a single drum.

Crafted to feel and respond like real drumsticks striking a drumhead, the PocketDrum offer realistic playing conditions and sound. Beginner drummers can get a feel for what it takes to serve as a band’s heartbeat, while experienced drummers can refine their talents, all without an actually drum in sight.

Players can get up to 10 hours of drumming time on a single charge, all while plugged in via earbuds. They can keep up the assault, all while no one else around them hears a thing.

Right now, you can check at least one item off your holiday shopping list with the PocketDrum Bluetooth Drum Sticks, a $139 value that’s now an extra 15 percent off the already discounted price when shoppers enter the pre-Black Friday code SAVE15NOV. That drops the final cost of a parent’s best friend down to just $101.11.

This pop-up cabin is a huge step up over that cramped, little tent.

3 vital lessons I learned expanding our startup into new markets