Once our data has been given up, we have little or no say where it goes. If we’re lucky then it ends up in the hands of marketers who then use it to target us with ads. If we’re less fortunate then it could end up being scrutinised by law enforcement, or used by scammers to try and defraud us.

Big tech may make claims to keep our personal data safe, but they don’t always manage to do so. The hacking of Ashley Madison users’ data back in 2015 showed just what can happen when highly sensitive personal information falls into the wrong hands.

Whatever we do and wherever we go on the internet, we need to be conscious of our privacy and what losing it could potentially mean. The social media age has made us think that creating fully-fleshed-out online personas is the most natural thing in the world and a way to connect with others around us. The reality is that doing so serves to make money for others and exposes us to a whole spectrum of risk.

The knowledge that financial data was as vulnerable as all the rest of our personal information was what attracted many people to cryptocurrency. Satoshi Nakamoto’s vision of a peer-to-peer digital cash, free from middlemen and other intermediaries and seemingly beyond the reach of the powers that be was what many had been waiting for.

Then there was the question of anonymity. Transactions between two bitcoin wallets were much harder to track and the wallet users could not be easily identified. Here, finally, was a way to do business without anybody else being able to know all about it. 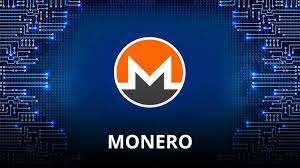 Monero (XMR) is the daddy of all privacy coins and still the best on the market. It’s a big project, with a market cap of over four billion dollars, making it easily the highest-ranked privacy coin out there. It came into being around 2014 and has been keeping all attempts to break its code at bay ever since. This is all down to its tech, which is pretty damn impressive.

The two principal innovations that Monero makes use of are stealth addresses and ring signatures. Stealth addresses are generated using the public view key and the public send key that are attached to every Monero wallet. The transaction itself is viewable on the blockchain, so that it can be verified by the network, but the receiving address remains completely anonymous.

Meanwhile, the sender of the transaction is protected by the use of ring signatures, whereby a number of other users also sign the transaction, making it impossible to determine who exactly sent it. As a result, the transaction completes with only the sender and receiver knowing where it has been sent to.

The focus on network security and privacy has also kept Monero mining out of the clutches of large-scale, centralised mining farms. For those wanting to mine the likes of bitcoin, this can now only be done using an application-specific integrated circuit (ASIC) chip – a pretty serious piece of kit that is beyond the reach of most of us. The team behind Monero have made the project ASIC-resistant by constantly adjusting its algorithm to prevent ASICs taking over the mining. The network has thus remained totally decentralised, with over 80,000 miners hashing away at it across the world.

Nobody has yet made any meaningful progress towards cracking Monero’s code and its dedicated team of developers are constantly working to keep it that way. Perhaps the main threat to its existence is the prospect of it being delisted from exchanges, as has happened in the past. Yet while some US-based exchanges may come under pressure to stop trading XMR, there will likely always be plenty of overseas ones more than happy to carry the best-known privacy coin around. 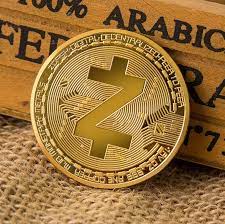 Next up is Zcash (ZEC), another privacy coin with a billion-dollar-plus market cap. Although it plays second fiddle to Monero, it’s still a robust and well-respected project, which has its own ingenious way of ensuring user privacy.

Zcash came into being in 2016 and is the result of a forking of the bitcoin blockchain. It shares a protocol-defined limit of 21 million coins and uses a proof of work blockchain, though its hashing algorithm is different to Bitcoin’s. Zcash’s goal was to enable private and untraceable transactions and it does so using a specially-developed protocol known as a zk-SNARK.

The detailed working of zk-SNARKs is too detailed to be laid out here, but they essentially encrypt transactional metadata to hide the identities of those sending and receiving. At the same time, the Zcash protocol itself shields the inputs and outputs of Zcash transactions, making it impossible for anyone viewing the blockchain to tell how much has be sent. As a result, all transactional data is obscured from prying eyes.

The cryptography behind zk-SNARKs is known as zero-knowledge proofs, which is a way of verifying a secret without revealing any of the details of the secret itself.

Then there is also the fact that the privacy function of Zcash is opt-in and not set as default. Concerns have been raised in the past that if one half of a transaction wasn’t using privacy, it could in some cases compromise the security of the other half that was.

Despite this, the cutting-edge technology employed by Zcash still makes it one of the most tried and trusted privacy coins around. Just remember to opt in to those privacy features before you use it. 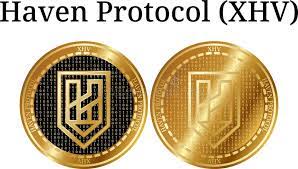 Next up is another project that uses some of the same techniques as Monero to keep transactions private and untraceable. Haven (XHV) is a much lower-cap coin than either Monero or Zcash, which has nevertheless seen its value rocket over the course of 2021 and is currently sitting close to its all-time high.

Haven came about in 2018 as a fork of Monero. As a result, it ‘inherited’ Monero’s privacy functions to which it then added further functionality. The two anonymous developers who launched it then abandoned the project, apparently after realising they were unable to deliver on its stated aims. Haven was then taken over by its community, forked again and became open-source.

Haven aimed to function as ‘an offshore bank in your pocket’ that would enable users to create their own coins the mirrored other assets like precious metals or stablecoins. It employed a technique known as Colored Coins, which had originally been designed for use with Bitcoin. Colored Coins allows a Haven user to assign a different attribute to their XHV coins, thus enabling them to represent that asset.

Haven uses a synthetic stablecoin – xUSD – as its core asset, which allows users to hold value even when the price of XHV is fluctuating. A process called minting and burning allows for these transfers of value between xUSD and other assets like XHV, all the while holding its original dollar value. 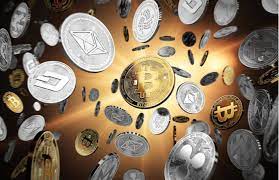 Secret Network (SCRT) grew out of layer 2 scaling solution project for Ethereum known as Enigma. It changed to its new name in early 2020 and is now the first crypto project to offer privacy-preserving smart contract, which it calls ‘secret contracts.’

Secret Network was built using the Cosmos SDK and runs on a delegated proof of stake (DPoS) blockchain, which allows it to handle up to 14,000 transactions per second. It’s important to remember is that SCRT – the network’s native coin – is not in itself a privacy coin, being publicly visible on its blockchain. The privacy is all derived from the secret tokens used in the secret contracts. 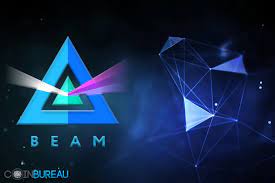 Last on our list of privacy coins to consider is Beam (BEAM), which uses the Mimblewimble protocol and has been around since early 2019. It has been developed with some of the perceived failings of other privacy coin projects in mind, which it aims to improve upon.

Unlike with Zcash, Beam transactions are automatically private, meaning the risk of the sender’s or receiver’s data being compromised is not a factor. No addresses or any other traceable information is stored on its blockchain, which is designed with scalability and speed in mind. The project is run as a non-profit organisation and there was no premine or ICO when it launched.

Confidential transactions and confidential assets are two other new concepts that Beam has introduced for extra privacy. These will enable the creation of new digital asset types, such as debt instruments, real estate assets or new currencies, which can then in turn be exchanged on Beam’s platform.

Most of the cryptos sold out owing to their privacy levels. The blockchain technology in Bitcoins is meant to be secure and anonymous while some coins are more private considering transactions. Here are some major private coins which aim to keep users’ identities and activities concealed.

The question of privacy extends beyond our personal details and holiday photos. Financial privacy is just as important and the loss of it just as devastating. Would you want anyone to be able to see what you were spending your money on? Dim-witted celebrities and influencers may like to flaunt their wealth to the rest of us, but those of us with a little more sense prefer to be discreet about such things.

The knowledge that financial data was as vulnerable as all the rest of our personal information was what attracted many people to cryptocurrency. Satoshi Nakamoto’s vision of a peer-to-peer digital cash, free from middlemen and other intermediaries and seemingly beyond the reach of the powers that be was what many had been waiting for.

Then there was the question of anonymity. Transactions between two bitcoin wallets were much harder to track and the wallet users could not be easily identified. Here, finally, was a way to do business without anybody else being able to know all about it.

Ultimate Guide to Privacy Coins: Comparison of Anonymous Cryptocurrencies (XMR, DASH, ZCASH and others)
Related Topics:
Up Next

How to Buy Land in Metaverse 2022 (Decentraland) – The Complete Guide