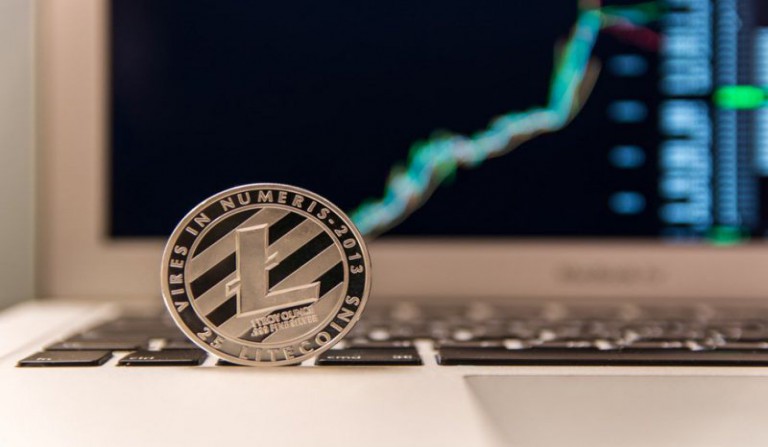 Litecoin Price Prediction, How High Will LTC Price Rise in 2021? Interestingly, the founder of Litecoin, announced the project on a popular Bitcoin forum and termed as a ‘Lite version of bitcoin’. And hence share similar features as the most dominant crypto.

Do you want to be a LTC holder? If yes, are you sceptical about the future prospects or price movements?

Then you have landed at the right place, as by the end of this composition, one can look at the required LTC volume in his wallet.

Litecoin is a peer-to-peer cryptocurrency developed by Charlie Lee, a former Google employee, in 2011. The cryptocurrency was created based on the Bitcoin protocol, but it differs in terms of the hashing algorithm used, hard cap, block transaction times, and a few other factors. Litecoin was released via an open-source client on GitHub in the year 2011.

LTC is one of the most popular and grounded cryptocurrencies in the world, being in existence for seven years since 2011. It is more accessible to the people than Bitcoin, hence known as the “silver” of the crypto world and Bitcoin referred to as “gold” of the crypto world.

With a trading value of $132.32, Litecoin resumed the year 2021. On a bullish note, the coin dramatically started to escalate. By the mid of February, the price surpassed $200 and further keeping the uptrend intact, the price reached the yearly highs at $335.

LTC could hit newer heights by enrichment of its platform with certain integrations and collaborations. The currency might smash the precious ATH at $375 and keep surging and may surpass $500 by the end of 2021.

Litecoin might commence the year 2022 with a trading cost of $365 to $450. LTC anticipated plunging further if the bears acquired the market for a longer period. The community might focus on the up-gradation of its platform and the currency might intensify. Litecoin is expected to hit as high as $600 at the end of 2022. Or if the bears outpower the market, then the price may slash below $500 or even below $450.

LTC Price Prediction For Next 5 Years

In the next 5 years, Litecoin could be in the top 5 cryptocurrencies list, and it might be a highly accepted cryptocurrency in digital payments. LTC could escalate if the crypto influencers have a positive outlook on the currency as well as its performance. By the end of 5 years, the highest Litecoin’s price could be $800.

According to TradingBeasts, by the end of 2021, LTC could trade around $290 with a consistent increase in the price. The price is anticipated to reach $489 at the end of 2024.

According to LongForecast, Litecoin will trade in between $565 to $724 by the end of 2021 and experience a plunge in 2022. The price is expected to decline and maintain a narrow trend until the end of 2025.

With a trading value of $132.32, Litecoin entered the year 2021. Later, the price consistently started to soar with certain variations. Several recognized institutions could invest in Litecoin and accept LTC as a payment. The price may further surge with the bull’s acquaintances. At the end of 2021, the highest Litecoin’s price is anticipated to be $550 or even more.

The coin was launched on October 11. Initially, its price was very low, about $3 for quite a long time. Only in November 2013, the price had a significant price movement. LTC jumped three times higher and hit $40 within a few days.

In March 2017 Litcoin announced the launch date of their SegWit protocol which affected the rate and the coin achieved $16. Then in May LTC launched the protocol which pushed the price to $30. Also, the dev team implemented Lighting Network which attracted more attention to the coin.

Later LTC achieved $70 in September and then went back to $40. However, the whole market was bullish and Bitcoin set new price records. So in December 2017, Litecoin reached $100 per coin. Dramatically the price reached the $330 mark and further plunged to $250.19 by the end of December 2017.

In 2018, the LTC price chart demonstrated a descending trend. LTC started the trade at $244.09 by early January. Further, the price plunged to reach the low of $116.46 during April.  Later in the mid of December, LTC shockingly dropped to $24.50 with the bear’s acquaintances. Further, the price started to pour and managed to reach $28.74 at the end of 2018.

Overall, the Litecoin price in 2020 has been somewhat stagnant. It started the year at $41.67, and though it practically doubled in price and surged above $80 in February, The heat started to exit the market quickly and LTC was not immune from the mid-March crypto flash crash due to the Covid-19 outbreak.

In the first month of the second quarter, LTC started to trade at $39.84. Later,  the price steadily started to improve. With certain price swings, LTC reached $66.65 by mid-August and plunged further. On a bearish note, the price progressively started to pour. With the expansion of Bitcoin’s price rally, LTC was trading around $87 by the end of November. Following the price surge, LTC ended the year 2020 at the trading price of $128.

Also Read: PundiX (NPXS) Price Prediction, How High Will The Price Go In 2021?

Is Litecoin a good investment?


Yes, Litecoin might be a good investment if you are thinking of investing for a long-term.

Will Litecoin break its previous price records in future?


Yes, Litecoin might definitely break its previous price records as it is anticipated to rise.

What will be the price of Litecoin in future?

Where to trade Litecoin?


Litecoin can be traded at exchanges like Binance, Bitrue, Coinbase Pro, OKEx, HitBTC and many more.

Can Litecoin be halved?When is the next Litecoin halving event taking place?


Yes, Litecoin can be halved, and in 2019 the community completed its halving procedure. The next LTC halving event can take place in 2023.

BitTorrent Price Prediction, How High Will BTT Price Be In 2021?

Ethereum Price Prediction, How High Will ETH Price Reach in 2021?
Related Topics:
Up Next

‘Be Patient- Bitcoin Price To Recover’ Says A Popular Analyst

The global market capitalization for the past couple of days is experiencing an extreme drain. Most of teh crypto assets are registering a consecutive 5 red daily candles in a row. The huge selling pressure accumulated on the Bitcoin price has compelled it to bottom below $38,000. By trending very close to the support levels around $37,000, the fear of BTC price revisiting levels around $34,000 hovers.

Despite the bearish sentiments surrounds the assets, yet it is believed that the price will recover very soon. A popular analyst Alan Santana, suggests his followers to patiently wait until the price flips the bears. He also said that some people are already giving up Bitcoin, falling into the trap of ‘Panic Selling’. And also asked his followers not to join them, rather wait until the next pump.

Also Read: Dogecoin Price Feared To Continue With A Bearish Trend, Is $0.2 At Stake?

The price seems to be following the path led by the analyst as it bounced significantly on visiting the support zone at $37,978. With a significant bounce, the price could surge close to $40,000 or above. However, yet the chances of forming lower lows still hover the rally. And in such a case, the price could even visit the lower support at $35,700 and rebound.

However, $35,700 are among the strong support levels and if in case, the Bitcoin price fails to sustain, then a plunge below $34,000 may be imminent. But considering the indicators, the RSI has already bounced back and MACD showcases ease in the selling volume. And hence considering the factors a bounce above $40,000 may be on the way for BTC price.

Popular Analyst predicts Bitcoin Price to crash 49%! This level is crucial to break above

Is torbits.top Scam or Not?

Is crypto-guild.ltd Scam or Not?