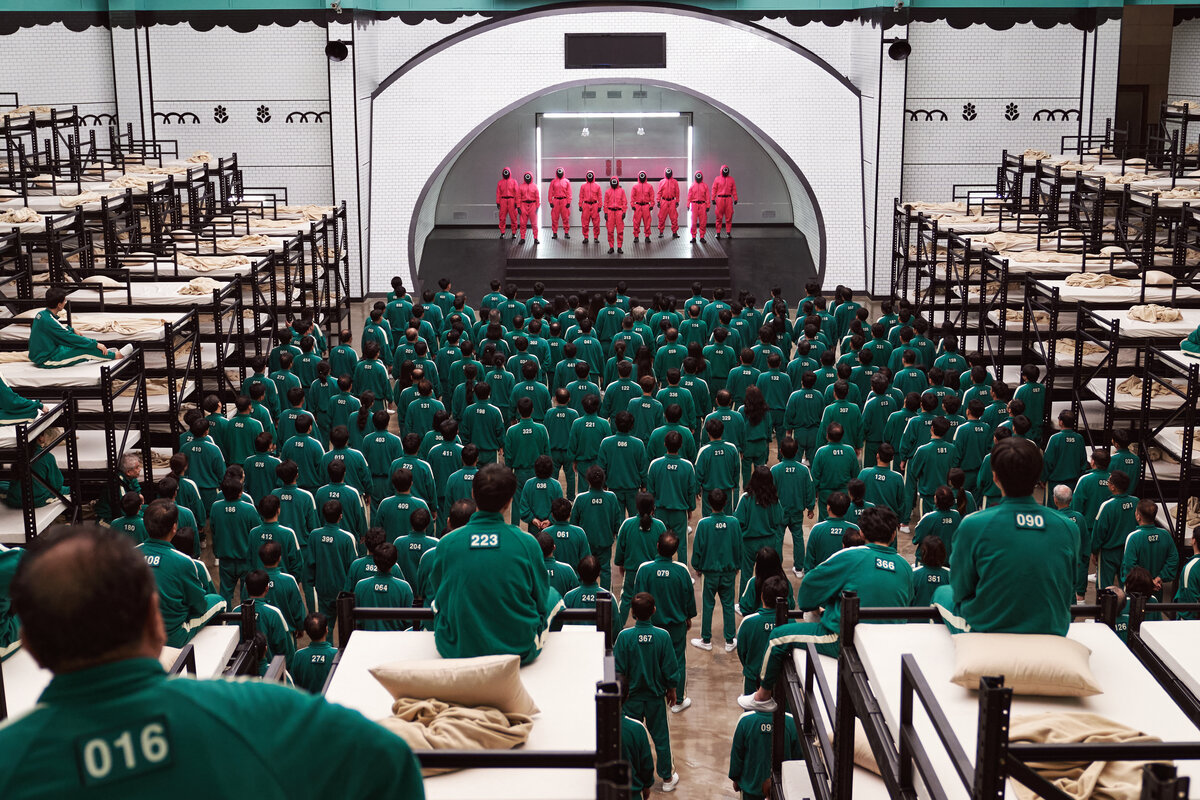 Few shows in recent years have dominated headlines and social media the way that Squid Game has this fall. Everyone seems to be talking about the South Korean series, which is streaming on Netflix. If you haven’t checked it out yet, you’re missing one of the most shocking, thrilling TV shows of 2021. In fact, Squid Game is so big that one group has decided to replicate activities from the show in real life. Thankfully, those who are eliminated will not die gruesome deaths in this version.

Last month, the Korean Cultural Center in the United Arab Emirates announced plans to host a real-life Squid Game event. There are two separate sessions on Tuesday, October 12th with 15 participants each. The participants will play four of the six games from Squid Game: Red light, green light; dalgona candy challenge; marbles; and ddakji (the game with the paper tiles).

Signups for the Squid Game event were open from September 30th through October 6th. The Korean Cultural Center then sent emails to the applicants it selected on October 7th.

“The games played in the Netflix series are popular amongst children in Korea and remind Korean adults of nostalgic childhood memories,” Nam Chan-woo, director of the UAE Korean Cultural Center, told Insider.com. “But similar traditional games are played by children here in the UAE, too. I hope the global popularity of Squid Game will be an opportunity to spread other aspects of Korean culture, too, such as Hangeul, taekwondo, as well as K-dramas and movies.”

Nam also spoke with the local outlet Khaleej Times about the event. He explained that the participants will wear t-shirts with the Squid Game logo on them during the games, while the staff from the Korean Cultural Center will wear the circle, square, and triangle outfits that the guards wore. Of course, unlike in the show, players who lose will be able to stick around and watch.

What’s next for the Netflix original series?

Squid Game is now well on its way to becoming the most-watched Netflix original series of all time. As such, a sequel seems inevitable. Without spoiling anything, the season finale leaves the door wide open for more stories. If Squid Game writer-director Hwang Dong-hyuk does opt to return to this world, he says that he won’t write and direct every episode as he did in the first season. He also has plans for other projects first, so it might be a while before Squid Game season 2 arrives.

Stranger of Paradise: Final Fantasy Origin is a new action game from Team Ninja
Related Topics:
Up Next