Forza Horizon 5 is finally here, and this time we’re globetrotting south of the border to Mexico. The game is packed with the same arcade racing action that fans love, and the latest setting gave developer Playground Games the chance to make the most diverse and expansive entry in the series to date. Lovers of cars and car culture will be ecstatic to race the desert sands and drift through the rainforests. 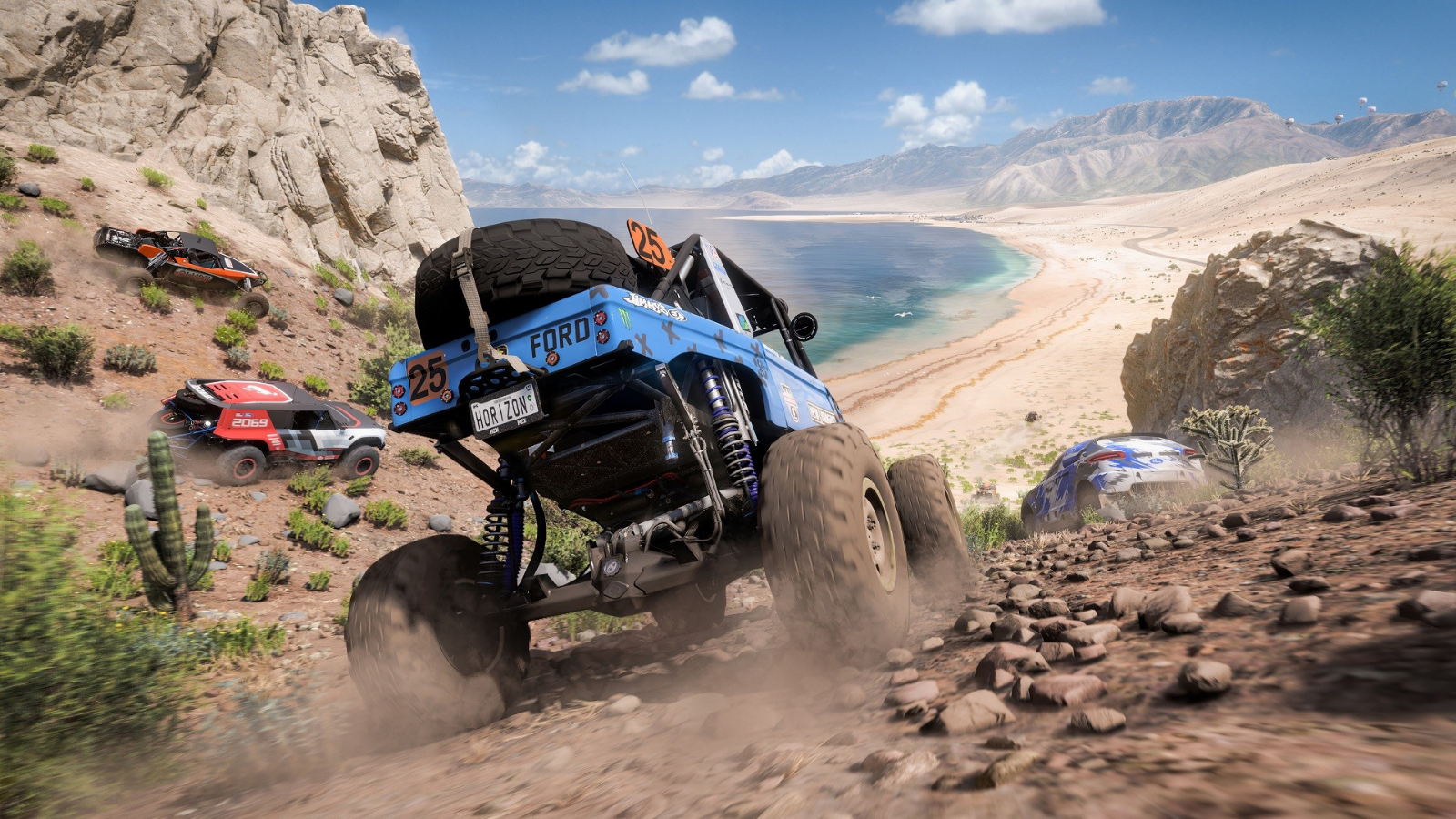 In the latest entry in the series, the Horizon Festival heads to Mexico. This time around, players get an improved storyline. After gaining a certain amount of accolade points for completing races and challenges, you can unlock Horizon Adventure chapters. These lead to short story segments that have you opening Horizon outposts or heading out on expeditions. The end result is unlocking more cars and races, but it gives some personification to the NPCs and highlights the different biomes and race types.

Mexico is 50% larger than the UK map in Forza Horizon 4, and the terrain you’ll cover is much more diverse. In the previous game, the weather and seasons affected each part of the map equally. If it was raining in the north, it was raining in the south. With winter, there was snow everywhere. In Mexico, winter might bring snow on the peak of a volcano, but the coastal beaches and deserts will still be warm. There are also massive weather patterns that players can experience. The dry season can bring huge dust storms, while the storm season will bring hurricane-like torrents of rain from the sky.

Where Forza Horizon 5 breaks down a bit is progression. Though the Horizon Adventure Chapters give a better feeling of forward motion than previous entries did, I would have loved to have seen an actual story mode. As it is, the game starts with you being thrown out of a plane with some of the best cars available. The game just rains cars down on you from then on, and there’s no sense of building up to something. I love just collecting more and more stuff and racing for the sake of doing so, but getting a Lambo that can drive 250+ MPH hits harder when you’ve put the hours in to earn it.

On the flip side, seeing as many cars from previous Forza Horizon titles make an appearance here and that you’re canonically the same driver from Forza Horizon 4, I’m not sure why your garage just doesn’t carry over. 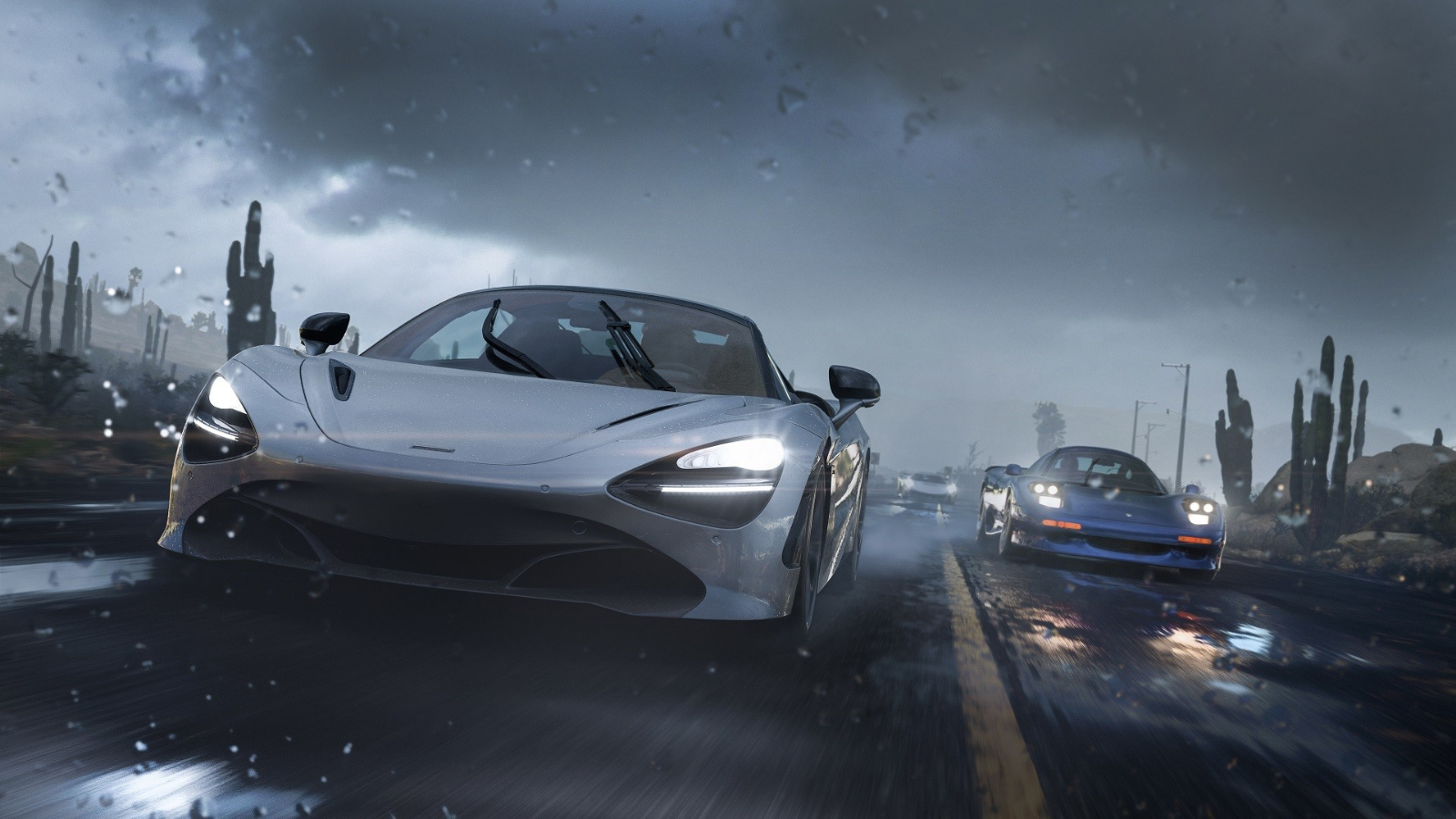 In this case, getting more of a good thing is a good thing, but I’m hoping the expansion packs and updates for Forza Horizon 5 bring some unique content to set it apart from previous titles. The devs obviously have a winning formula, and it doesn’t need radical changes. Still, this feels more like a large expansion pack than a new game at times. 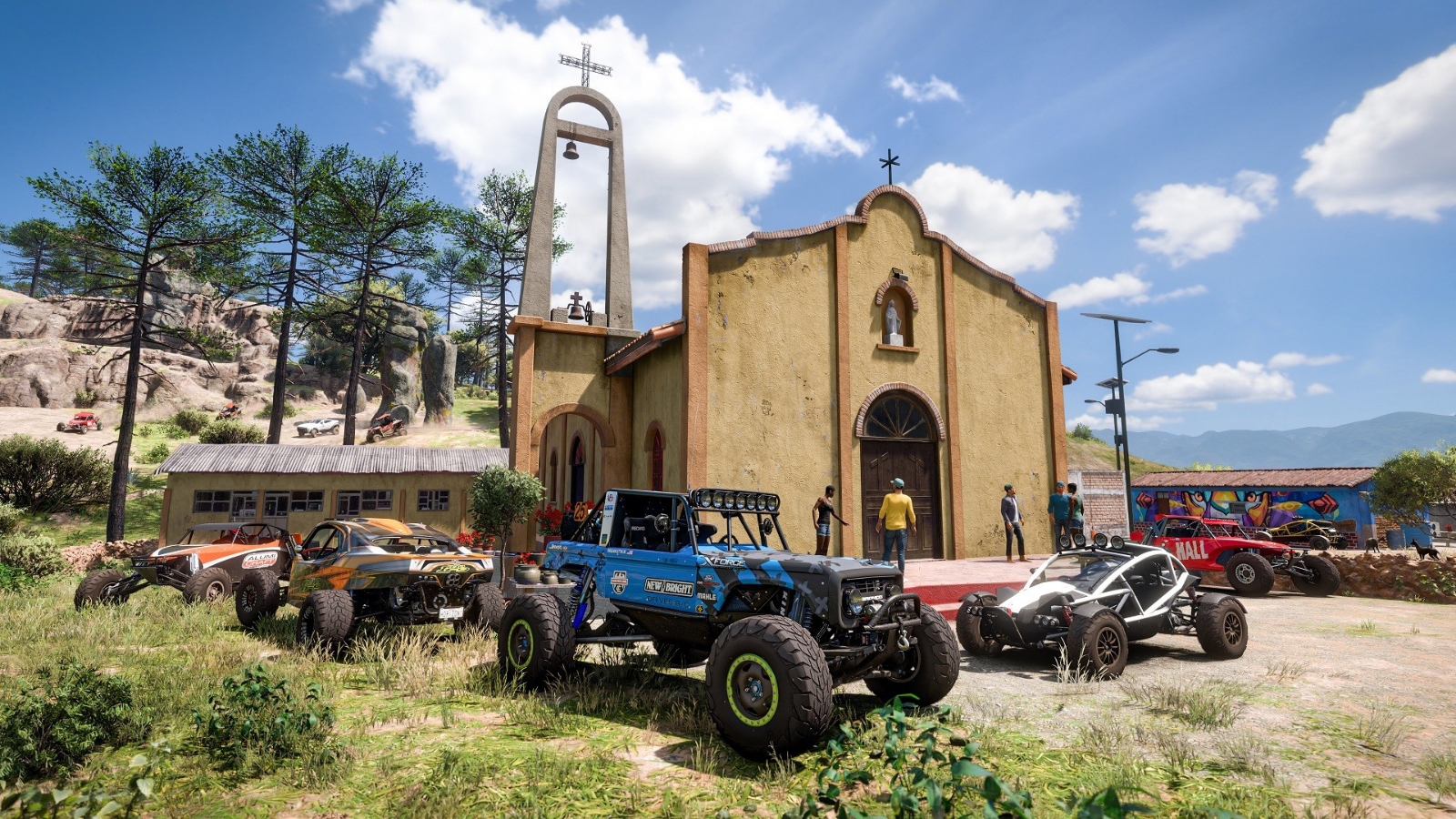 The character customization in Forza Horizon 5 is atrocious, at least when it comes to building your base character. Instead of your choice of face and body, you get 13 feminine and 12 masculine models. With those 25 models, the devs have tried to represent every human phenotype. It’s great they were aiming for inclusivity, but the result is that there may be a maximum of two characters that roughly resemble what you look like.

There are only two body types. Hopefully, if you identify with a feminine body, you’re tall and slender. You’d better hope you have an average build if you choose the masculine type. Luckily, you can change your character’s hairstyle and color, but again, the options are pretty limited. It’s odd that the devs added the ability to choose your pronoun and even prosthetics this time around. But they didn’t also expand the character creator to let you make an avatar all your own.

I was also disappointed to see that there wasn’t a revamp of the vinyl creation tools. The UI has changed a bit, but at its heart, the system is pulled straight from Forza Horizon 4. Even something as simple as a pencil tool to allow you to freehand vinyls would have been welcome. Players have worked so hard in previous games to make amazing vinyls by painstakingly building them. Plus, there are a limited amount of shapes the game provides. I had hoped the community would finally catch a break and get some proper tools.

I’ve tried my hand at making vinyls. I have nothing but respect for the dedicated individuals spending hours fitting shapes together to make characters. That includes Sailor Moon, Hatsune Miku, and the other waifus I decorate my car with. Microsoft benefits from all this free content creation. So it’d be great to make the whole process less frustrating and more accessible. 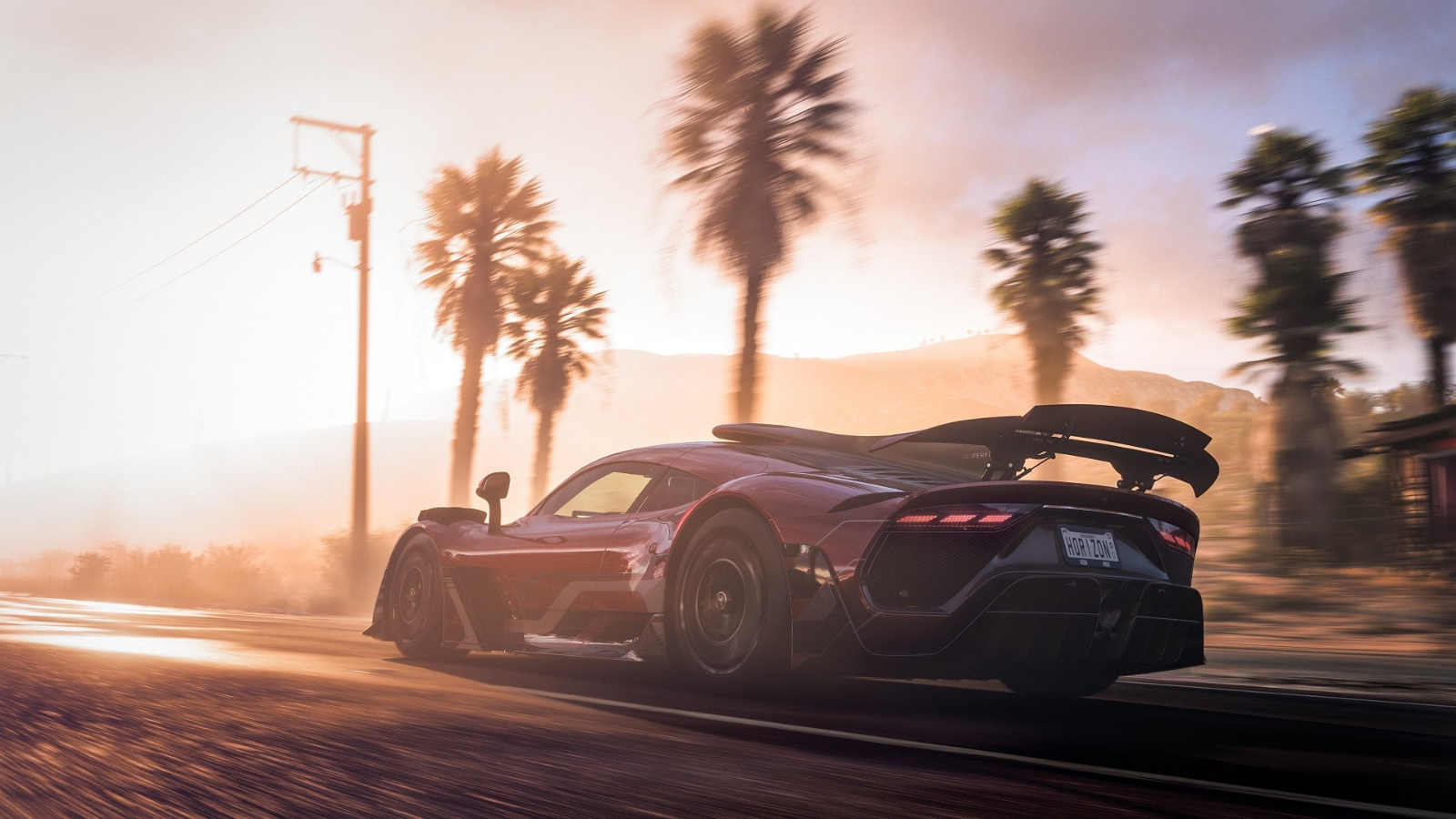 I may have made it sound like I don’t particularly like Forza Horizon 5, but that’s not the case. I love it, just like I loved the previous game in the series. However, it’s so similar to Forza Horizon 4 that the issues that carried over from that game are magnified. Put simply, if you loved Forza, this is more of the same great racing action, for better or worse.

How Old Is Ankha Animal Crossing Define the snooty character of Ankha.
Related Topics:
Up Next