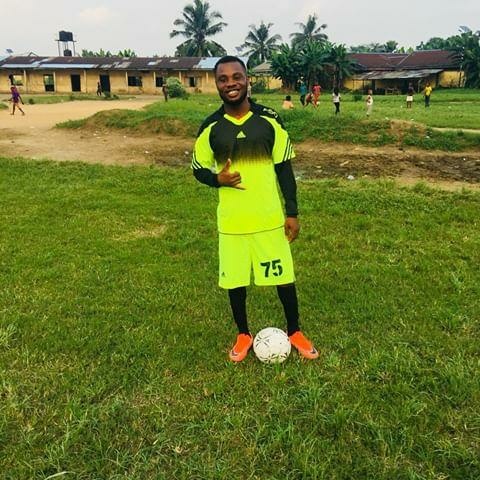 After a vigorous research and observation of some field sport men, a young football star with amazing football skills struck our notice.

So agile with legs like flash, dribbles tactical and shoots so accurate, Edward Emmanuel Odinaka was called for interview.

Edward Emmanuel Odinaka by name is aged 17 from Etche LGA, Rivers state, Nigeria. He is a very good left footed player and a young Nigerian football star in the making.

He is the captain of Solid Boys Football Club located at Igbo Etche where he take his training. I This place is in Port Harcourt.

Edward Emmanuel has won the tittle of “Tournament Best Player” twice. This was in the year 2016 and 2017 respectively. Subsequently, the 2016 “Male Best Player Award Winner” was hit with another auspicious award been the “Highest Goal Scorer”.

The time spent with him was worth spending, a guy so funny and energetic.

During the course of conversation, we asked:

Team Xycinews : So, if asked to make one golden request, what would that be?

Young Star : (smiles), this is the question I want a golden solution to ooo.

Team Xycinews : So what is the request our friend ?

Young Star : (mood drops), my family is not so stable financially, I just want someone, company, agent, anything, anyone that will give me a chance to show myself to the world. With lot of readers on Xycinews media, we can’t who exactly views all our post. But if in position, maybe an agent or organization.