Drones can now fly through forests at 40kmph — run and hide, humans
Advertisement 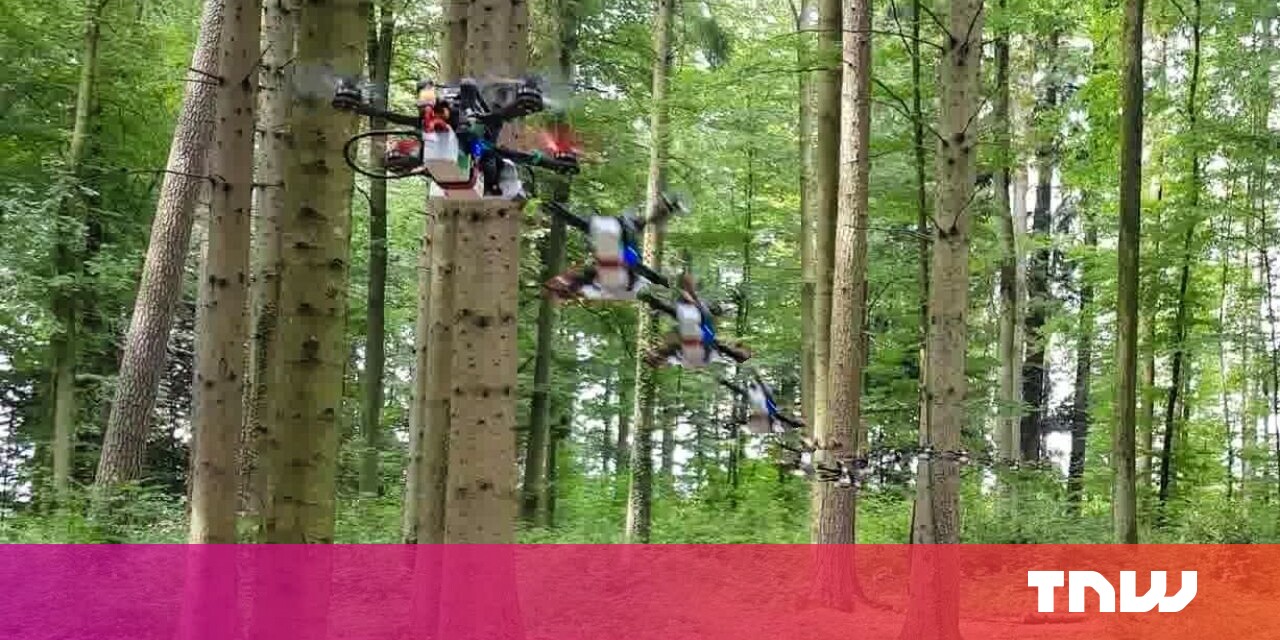 If you’re ever lost in the woods (or on the lam), watch out for high-speed quadcopters following you through the trees.

The drones can now fly through complex and unknown environments at up to 40kmph, thanks to a new AI approach developed at the University of Zurich.

The quadcopter’s flight lessons took place in a simulation.

An algorithm first piloted a computer-generated drone through a simulated environment that contained complex obstacles.

This data was used to train the drone’s neural network to predict a flight path based on information from onboard sensors.

The system was then tested in various real-world environments, such as forests, collapsed buildings, and derailed trains.

“Our approach was able to successfully navigate in all environments that it was tested in, the team said in their study paper. “Note that our policy was trained in simulation and was never exposed to any of these environments or conditions at training time.”

The approach has several advantages over other methods.

The team now wants to develop faster sensors that would enable drones to safely fly at even faster speeds.

Their approach could prove useful in emergencies and on construction sites. It also looks well-suited to hunting down undesirables.

Greetings Humanoids! Did you know we have a newsletter all about AI? You can subscribe to it right here.

Take to the skies with this nifty 4K HD ready drone quadcopter, now almost 25% off

What’s the difference between air taxis, passenger drones, and eVTOLs?

Flying cars, air taxis, and passenger drones fight for the skies
Related Topics:
Up Next

How can you safely store your vaccine status on your phone?

Why digital twins emerge as the ‘ultimate’ tool for resilient cities