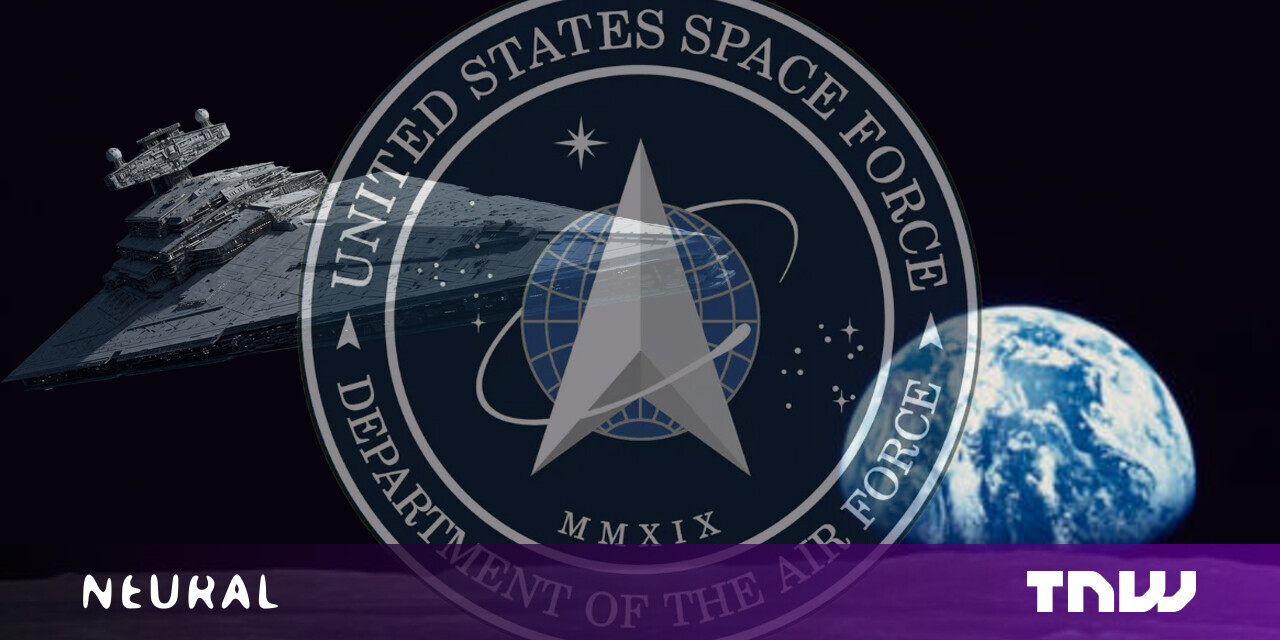 Did you know Neural is taking the stage this fall? Together with an amazing line-up of experts, we will explore the future of AI during TNW Conference 2021. Secure your online ticket now!

China’s researchers are looking into the problem of building a giant spaceship to advance the nation’s scientific, military, and economic endeavors.

And by giant, we’re talking GIANT. According to Live Science, the National Natural Science Foundation of China (NNSFC) is proposing a craft that would be nearly a mile long.

Up front: This project is at the inception stage. The NNSFC has proposed a feasibility study. If granted, it would receive a little over $2 million and have five years to determine whether such an idea is even plausible.

And, by today’s technological standards, it isn’t. As Live Science’s Edd Gent painstakingly points out, it would be ridiculously expensive.

In fact, the problems with such a concept are myriad and range from energy problems (how do you keep such a giant structure in low orbit?) to life support issues (how do humans survive the radiation if it’s in high orbit?).

But the purpose of a feasibility study is to identify all those little problems and see what could be done in the near future to solve them.

Background: This might be a bigger problem for our grandkids than our current military, but every major threat to global security has to start somewhere.

Typically this kind of pie-in-the-sky stuff wouldn’t raise much in the way of existential fears – it’s unlikely anyone’s taking the idea of a mile-long spaceship seriously right now.

But, China doesn’t have to build a mile-long space ship. It can build a half-mile long one, or a quarter-mile long one. Or whichever will work best for what it wants to accomplish.

And if we try to imagine just how big of a spaceship China could build and what its purpose might be, there’s plenty of reason to take this news seriously.

A quantum advantage: China’s quantum communications research is arguably second-to-none. Researchers in Shanghai were conducting breakthrough quantum-based communications from space to Earth as far back as five years ago.

When you start thinking about the requirements for housing a quantum computer (you need a lot of space, a lot of power, and you need to be able to make it very, very cold) the idea of a giant spaceship hovering out in high orbit starts to make sense.

You wouldn’t need people on board a spaceship that’s essentially a mile-long quantum supercomputer operated by algorithms. And you could probably offset the cost a bit by slapping a few hundred thousand crypto-mining rigs on it.

TL;DR: I still maintain that Space Force is a dumb idea based upon the fact that we already had a space force, it was the Air Force. The uniforms, designations, and logos may have changed, but Space Force fundamentally does the exact same thing it’s always done.

But… I can also see that placing an increased emphasis on military matters related to space has been a net benefit for the US. If only because the greasy, disgusting, wheels of government move faster when the general public is behind an endeavor.

In this case, beefing up the US ability to deal with space threats is a good thing. China appears fully-committed to being a primary global aggressor in the digital war space. It brazenly steals technical secrets from US corporations and government systems and has been labeled responsible for numerous hacks and computer-based attacks against the same.

When you combine China’s aggressive technology stance with what we know about its research into quantum communications, the idea of a such a potentially hostile government operating a giant spaceship above our planet and the thousands of artificial satellites orbiting it sounds pretty scary.

Quick take: It feels cynical to imagine something like a giant spaceship as a military endeavor rather than a miracle that could advance humankind’s scientific knowledge.

But as long as several countries, including China and the US, still have nuclear missiles aimed at one another to ensure the mutually assured destruction paradigm remains in place, it’s imperative for the safety and survival of the global population that we never let just one government have tactical control of the area surrounding our planet.

The US Space Force Will Launch Its NFT Line Soon

China just bolstered its new space station in a big way
Related Topics:
Up Next