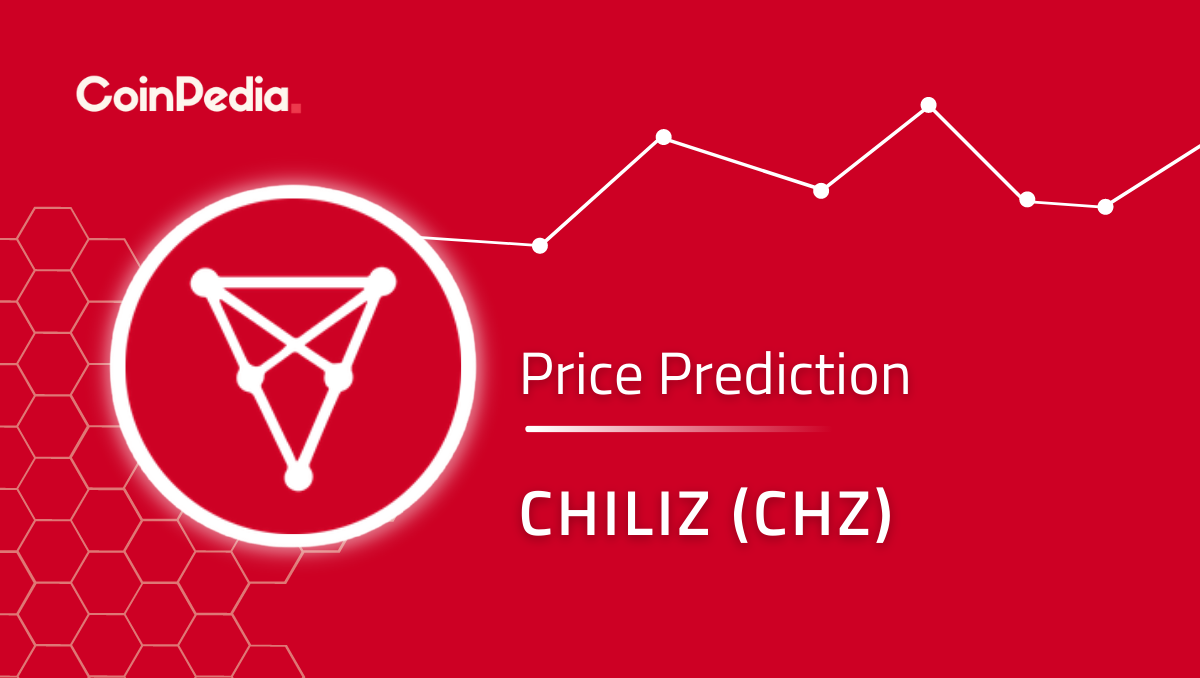 The dawn of alt season earlier this year has pumped hard the majority of Ethereum based tokens. Chiliz has been one of the innovative projects, which was occupied with drastic price action throughout the year.

The peerless project has lightened a fire under entertainment sectors, especially gaming. The chief goal of the platform has been enabling millions of sports fans to purchase a CHZ token through a crypto exchange in order to cast a vote in contemplation of their favorite sports teams.

This is just a brief outline of the project yet we dive in deep! This article will thoroughly guide you on a detailed analysis of the introduction, roadmap, and Chiliz price prediction in the short term as well as in the long term.

What is Chiliz (CHZ)?

Chiliz has been one of the predominant blockchain-backed fintech service providers for mainstream sports and entertainment platforms. The main motive of the platform is to drive the traction of mainstream consumers by providing a currency option for blockchain-backed products and services.

The ecosystem has been further striving hard to whip up an interface of the platform for better fan engagement in entertainment, facilitating enhanced payment solutions for conventional products and services. As a whole, Chiliz built Socios.com to allow sports and entertainment organizations to engage and monetize their respective audience by assisting them with blockchain-based tools.

Chiliz has its own native token CHZ, an ERC-20 token built on the Ethereum blockchain. The protocol further benefits traders while purchasing Non-Fungible Token’s (NFTs) Socio fan token marketplace. Eventually, the platform was also designed to be BEP-2 compatible.

Chiliz firm was launched in 2012 as an integral part of Malta-based international sports and entertainment firm, Mediarex group. Gradually, the platform has introduced the Socio.com platform and CHZ token in 2018. The protocol was soon listed on the majority of the crypto exchanges across the globe, eventually. In addition, the platform holds main offices in France, Brazil, South Korea, Spain, and Turkey.

The project was the vision of Alexandre Dreyfus, who is the present CEO. The founder has accumulated knowledge of over 20 years in web-based tech firms. Prior to launching the Chiliz platform in 2017, he designed Webcity, an interactive travel guide, and two unique online poker products Winamax and Chilipoker. His primary goal to launch Chiliz was to fully distribute fan tokens as a better fan engagement tool and as a sturdy profit generation for the sports field.

The first collaboration of the platform was with Turin, Italy based Juventus soccer club. In November 2019, the dedicated team conducted its fan token offering selling 1.3 million tokens out of 20 million tokens in circulation.

Notably, in 2020, the platform has partnered with UFC (Ultimate Fighting Championship) and Professional Fighters Leagues to drive the traction of the mainstream gaming audiences. In 2021, the dedicated team has been keenly working to integrate with Gamification and DeFi projects.

The Chiliz price has undergone a parabolic move in early January 2021 post the Binance announcement on the listing of fan tokens based on Chiliz. The altcoin has surged by more than 1000% from $0.04 to $0.7276 on March 3rd, 2021. However, the CHZ price has managed to hold the price levels around the $0.563 price range. Owing to the Chinese market crash in May, the price has gradually undergone a steady fall to $0.2308 by mid-June.

With a decent retracement, the price has started a steady rise post the crisis reclaiming the $0.4256 price range. Yet again market turmoil coming out of China plummeted the CHZ price action to $0.2618.

Chilliz (CHZ) Price Prediction for Q4: The Q4 was pretty bullish for the altcoin where the price took a parabolic move reaching $0.5149 by late October. The latest price action appears to be converging, and the CHZ price has been patiently awaiting a breakout at the same level.

If the price moves with an upward trajectory, then the price would soon claim new ATH. on a positive note, the price would hit the potential high of $1. On the contrary, if bears take control over the market, then CHZ price would plummet to $$0.2065 bottom support. In case the average buy and sell of token take place then it would trade around $0.7953 by the year’s end.

In 2022, Chiliz  (CHZ) is expected to expand across various countries, where it has to undergo severe challenges. Because it will become a boundaryless decentralized bank that regulators are trying to restrict., which would adversely impact the Chiliz price.

The fundamental analysis becomes vital when forecasting the price of Chiliz in the long term. The native token CHZ has certain industry advantages. Its autonomous nature makes the digital economy perfect.

The CHZ network would expand in pace with the growing entertainment and gaming sectors. This can drag the traction of lot more traders and may lead the price to hit around the $7.46 mark by the end of 2025.

In case, if the market collapses, the price may plunge well below 50% and would reach $2.896 by the end of the next five years.

However, if the coin survives with persisting investors by giving tough competition to its competitors, and constant upgrades and developments, then by the end of the next five years, the price may reach $4.56.

Walletinvestor made a bullish prediction for CHZ. They expect up to three-digit growth prices in the upcoming years. For the year 2021, they predict that the CHZ price may hit a maximum of $0.586 by the end of 2021. The coin price would nearly double and smash a maximum of  $0.937 and in case of average buy and sell pressures the price would trade at $0.827 by 2022. They hope that the coin price will easily surpass the $2 benchmark and reach a value of $2.252 by the end of the next five years.

The constant upgrades and collaborations will give a huge boost to the price of Chiliz (CHZ). The expected expansion in the sports and entertainment industry in the near future would uplift the price action.

According to Coinpedia’s formulated Chiliz price prediction, with bullish market sentiments, CHZ’s price may move upward to $0.9863 by the end of the year 2021.

On the downside, future market fluctuation and increased competition may adversely affect Chiliz’s  (CHZ) price to see a downtrend in the upcoming months, which may result in the collapse of the coin’s price to $0.2146.

In June 2019, the token went live on the Ethereum mainnet. As the platform was occupied with setting up the platform, there was no considerable price surge. The CHZ price has managed to hover between $0.004409 and $0.01724 till the end of 2020.

With no significant gains, the price has continued the identical pattern as in 2019. As the platform was attempting hard to collaborate with gaming platforms, the altcoin has managed to undergo a short price jump from $0.0122 to $0.214 by mid-2020. However, as the coin failed to take forward the momentum, it has lingered around $0.01075 for the rest of the year. In late December the platform had a major partnership with Binance, which catalyzed the price action in early 2022.

Is Chiliz (CHZ) a good investment?

Yes, if you are planning for the long term Chiliz looks promising, as the coin is planning for expansion in the gaming, metaverse, and DeFi space.

Chiliz (CHZ) has a massive potential to reach new ATH’s as per the fundamental analysis. According to crypto influencers and experts, CHZ can hit the $5 mark by the end of 2025.

Where can I buy Chiliz (CHZ)?

Chiliz (CHZ) is available across popular platforms like Binance, Coinbase, Huobi, and more.


If the current bullish trend continues and if metaverse evolution continues with gaming, CHZ is expected to hit $1 by the year-end.

Chiliz Is All Set for Another Explosion: Can CHZ Reach $50?

Enjin Coin Price Prediction: Will ENJ Price Reach $10 By The End Of 2021?
Related Topics:
Up Next