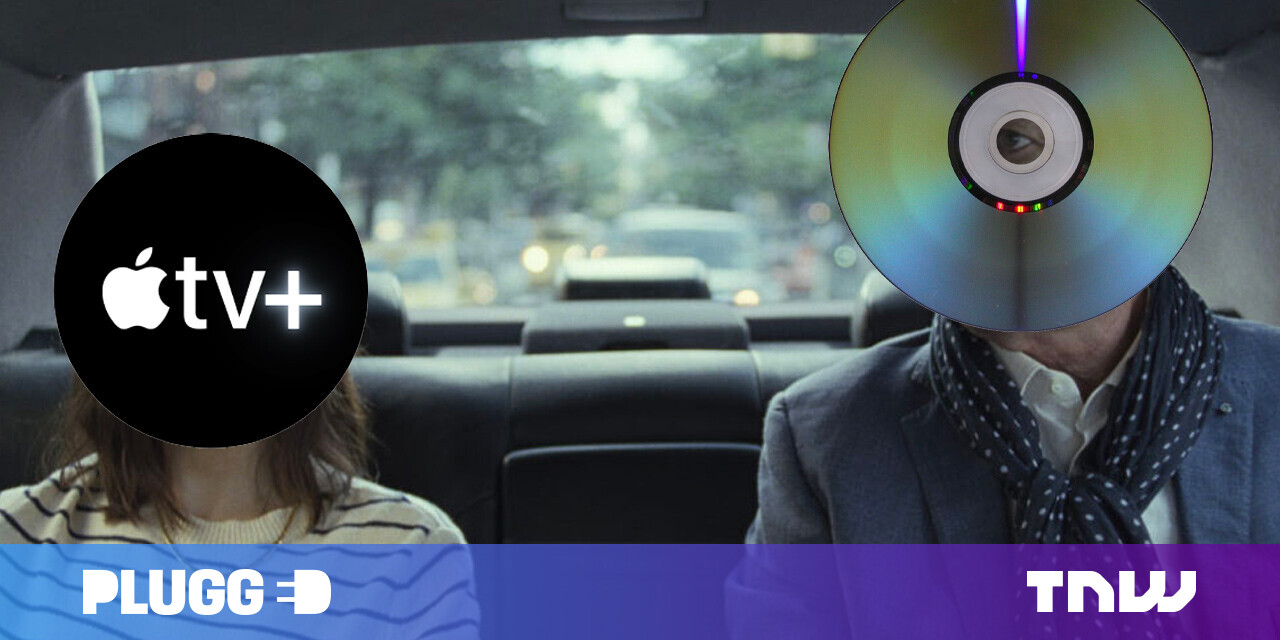 If you’ve ever needed proof we’re stuck in a never-ending time loop, here it is: an Apple TV+ original movie is being released on Blu-Ray and DVD for the first time.

Yes, you read that right. Apple‘s online streaming service is branching out into… physical media.

The film in question is On the Rocks, a comedy-drama starring Rashida Jones‎ and Bill Murray, and directed by Sofia Coppola. Its upcoming release by Lionsgate on October 26 was spotted (and eventually confirmed) by Sigmund Judge.

Fancy watching the trailer for On the Rocks? Friend, you’re in luck:

Content-aside, there’s something I find endlessly delicious about this Apple TV+ original movie being published on old school media.

On one hand, this move shouldn’t be a surprise.

In order to bulk out its film offering, Apple partnered with A24, the studio behind classic pictures such as Uncut Gems, Moonlight, The Killing of a Sacred Deer, Ex Machina, and more. On the Rocks is the first movie to emerge from this partnership and it makes sense why A24 would want it — and future films — to eventually be distributed on DVD and Blu-Ray.

The company is known for producing cult classics, features that famously have longtail sales and an enthusiastic audience who want to hold the movie in their hands. Ignoring this potential revenue stream would be, well, silly.

I’m also a huge fan of physical media. I still collect movies and watch them on my Blu-Ray player (love you, the Sony UBP-X800M2). I even made a video about it:

Despite all this, I’ve not been able to stop chuckling about Apple TV+ releasing On the Rocks on DVD. There’s just something so succulent about a company like Apple going all in on its streaming service and then releasing its content on old-ass discs.

Is it different to what other big streaming services are doing? No, not really. But I love the thought that, after this, Apple‘s next big move in the TV and movie space is opening a section in its stores where you can rent DVDs.

We live in a hell loop, pals.

Netflix releases: Everything coming and going the week of August 15th

Netflix releases: Everything coming and going the week of August 29th
Related Topics:
Up Next