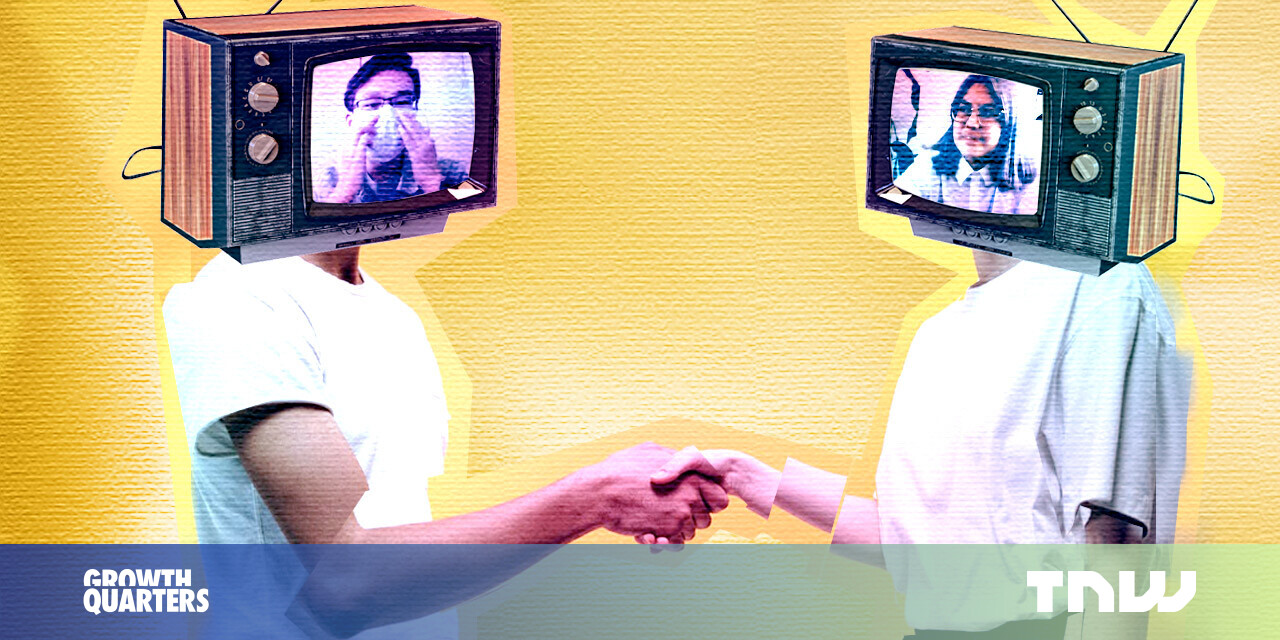 2020 changed work — possibly forever. Millions of people started working remotely for the first time, and they learned it’s not quite the same as working in an office. I’ve worked remotely since 2009, and I’ve spent a lot of that time thinking about the etiquette of remote meetings, answering questions like when you should mute during a video call.

But as people start transitioning back into the office, I hope they’ll take some of the lessons they learned from online meetings to improve the in-person ones. Here are four video meeting rules that I think should follow us back to the office.

1. Say “go ahead” when you overlap with someone

Have you ever tried singing with someone over Zoom? Me neither, but regardless, it’s not really possible. The problem is lag.

Lag, the gap between when you start talking and when everyone else can hear you, is somewhat inevitable in video calls. The result: people talk over each other without meaning to. I’ve noticed a pattern — an improvised etiquette — that’s evolved in response to lag in meetings. It goes like this:

It’s such a small thing, but I’ve seen it happen organically in several different contexts: work, church, Zoom happy hours. There are variations. Sometimes it’s another person entirely who follows up to make sure everyone gets a turn, for example. Still, the pattern is fairly consistent, and it works pretty well.

And the best part is that many of the people doing this aren’t even aware of what “lag” is. They’re just responding to the limitations of the tech in a way that feels natural. There’s no lag in real life, of course, but I think this habit should stick around regardless. At least, the intention behind it should stick around.

In my experience, people don’t really work to follow up on missed points during in-person meetings, and when two people start talking at the same time, one person gets to keep talking — the other doesn’t.

Going out of your way to let other people speak is a good thing, and so is following up to make sure everyone’s been heard.

There’s an awkward gap at the beginning of every video meeting. You know what I’m talking about: those couple of minutes where everyone is trying to log in and/or figure out why their microphone isn’t working.

This is why, at Zapier, we generally don’t formally “start” meetings until a few minutes after the scheduled time. This creates an improvised time for socializing, which makes video meetings more fun.

Some teams go further. Our content marketing team schedules an optional water cooler conversation after monthly meetings so that we can all catch up.

I’ve seen similar formats evolve in other organizations, and like waving at the end of video calls, a few minutes of scheduled socializing is a good way to fit a little bit of humanity into a virtual work environment that can be alienating.

But you know what? Offices can also be alienating and could also use some humanity. Most in-person meetings start with informal conversation, but intentionally allowing space for this will still be important as people get used to seeing each other again.

People should be encouraged to show up a few minutes early for a meeting, maybe, or there could be time for conversation on the agenda. We’ve all spent the past year or so learning how hard it is to feel cut off from each other, and I hope that changes how we interact in person.

Take a few minutes to see how people are doing — it’s worth it.

One of my favorite parts of remote work is the ability to multitask during meetings I’m only marginally involved in. I’ll admit I use Slack’s schedule feature to hide the fact that I’m working while listening to presentations that don’t impact my day-to-day workflow.

The reality is that most meetings don’t require my full attention. That’s why I often have a meeting on in the background while I work on something else. Sometimes I’ll start working during a presentation and realize that it’s relevant or interesting to me — and that’s when I start paying full attention. That only happens because I have the option of multitasking.

I think companies should try to keep some version of this alive in the office. Maybe workers in the office should have the option to call in to auditoriums and conference rooms, or maybe we should just normalize people who aren’t core to a conversation working on their laptops during meetings. There’s a benefit to this sort of multitasking — it can keep people engaged without completely bogging down their calendar.

That kind of trust is important in a remote context — it’s the only way the system can work. Companies heading back to the office would benefit from continuing to trust their employees like they do when everyone’s remote.

This is a skill that takes time to develop — learning how to work asynchronously and which things you shouldn’t use meetings for are key to making the whole remote thing work.

For example: one team here at Zapier replaced their daily standup meeting with an automated Slack thread. This accomplishes the same thing a meeting would — prompting reflection and keeping everyone informed — in much less time.

Meetings can eat up a lot of time, and it’s worth considering whether that time is well invested — or if you could accomplish the same thing without a meeting. That’s as true in the office as it is over video chat, and I hope we all think in those terms going forward.

This article by Justin Pot was originally published on the Zapier blog and is republished here with permission. You can read the original article here.

Webinars are hot. LiveWebinar Pro makes it easy to launch all your video conferencing

Employees hate their commute, not the office

Choose the Excellent Video Conference Technologies for Any Business

Home Office Makeovers That Will Boost Productivity
Related Topics:
Up Next

How tech is helping people remember their deceased loved ones