Connect with us
Prison as we know is used to keep secluded wrong doers and offenders of the law. When these group of dangerous persons from various background are gathered together, it get more dangerous. Now Let both look at this list of Top5 Most Dangerous Prisons Worldwide which has shown only little or no regards for inmates life.

BEWARE: THEIR ARE LOT OF MOST DANGEROUS PRISONS IN THE WORLD, BUT THIS IS OUR TOP5.
5.
Rikers Island, New York, NY 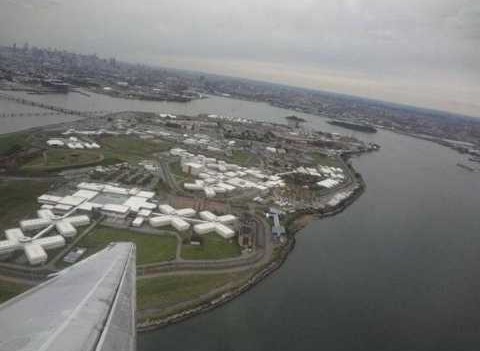 This is the third largest jail in the United States and it’s situated on the east river between the Bronx and Queens. Rikers Island only hold prisoners with short jail terms of about one year or less, or those awaiting trial, and transfer.
You might be thinking, since it for low degree offenders, maybe it cool.
But the Rikers Island has a notorious record for consistency in the growth of violence. Gang domination over inmates, among others.
In 2009, The New York Times reported that there had been at least seven lawsuits filed against the Department of Corrections for guard-sanctioned inmate vs. inmate violence.
An instance, a guard allegedly ordered six prisoners to brutally beat two inmates, of whom one was hospitalized with a collapsed lung.

The guards are brutal and once The New York Times also reported that during an 11-month period in 2013, about 129 inmates had sustained serious injuries at the hands of guards.
These injuries included bone fractures, deep wounds that required stitching, and severe head injuries.
4.
The Mongolian Prison
. 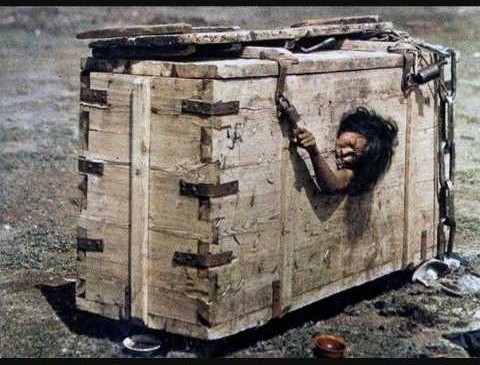 This prison is known for its prisoners being stuck in coffins. It especially for prisoners awaiting death sentences.
In the prison coffin, the prisoner was confined to a 3*4 foot wooden coffins for years. These boxes were kept in the prison of Urga,Mongolia within dark dungeons surrounded by the 15-foot high stockade of sharpened timbers.
Prisoners were feed through the 6-inch hole in their boxes and their filth was washed in every 2 or 3 weeks. Just imagine living with your filth for weeks, unable to move.
Prisoners are always handcuffed and sitting or resting is forbidden. For it cold status, many prisoners have being frozen to death.
3.
Kamati Maximum Security Prison.

This is the worst reputable prison in Kenya. It covers over 1,200 acres of land. During it construction, it was meant to hold only 1,500 prisoners, but it became so so overly crowded with over 3,500 prisoners. Condition here is so unbearable, as there is no water source. Worst of it, they eat very little or no food.
2.
The Tadmor Prison

Without any segregation, all types of prisoners are criminals, so they equally share the same prison.
Violence, Crime, Rape, Inhuman torture and abused are top games here.
Brutally killed, some prisoners have being drag to death, tortured and starved to death.
So researched evidence revealed that guards used axes to slaughter some dead.
The most brutal and historical was after the failed assassination of United States President in the 1980s, an estimation revealed that about 1000 prisoners were gunned down in a massacre.
In 2001, Tadmor prison was shut down, and in 2011, it was opened again.
Then finally in MAY 2005, it was destroyed by explosives.

Also Read About The Top5 Most Populated Prisons In The World.

After reading about the dangerous and brutal treatment suffered by prisoners, you might be wondering why this is our number one. Right?
OK let find out together.
The Diyarbakir Prison was opened in the 1980 in Turkey. Operating as a maximum security prison, it broke it yield and became so uncomfortable and brutal. Condition here is also termed unlivable.
Physical torturing and mental torture is so sad, very common here. And the prison holds the record for one of the most Human Rights Violators.
The prisoners are being used as waste and for experiments. Sadistic and highly humiliating treatment reigns here.
Death sentences here are so brutal. Unlike some prisons, prison break here is so so impossible. Due to the high level of brutality, and painful death sentence, many prisoners rather took their life’s by committing suicide by tearing their veins with blades or setting themselves on fire.
Over hundreds of little children between the ages of thirteen and seventeen are found here serving long jail terms.
So, do you agree the Diyarbakir Prison is one of the world most dangerous and brutal prisons?
Thanks for reading, please share and comment.

Top 5 Most Dangerous Certified Hackers In The World.

Top5 Most Populated Prisons In The World